45 years after the first round of Grandmothers • Channel C 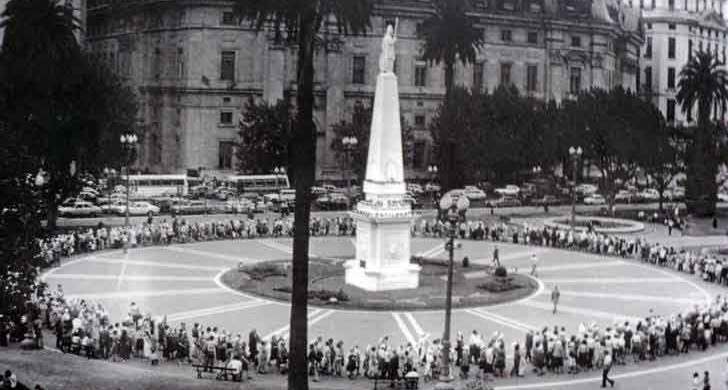 The Mothers of Plaza de Mayo Association will carry out this Thursday, as every week, its round number 2,297 in view of the 45th anniversary of the first time they met in front of the Casa Rosada to claim for the appearance alive of their kidnapped, tortured and disappeared during the last civic-military dictatorship.

As a prelude to the event that will take place next Saturday for the 45th anniversary, Madres reported that today’s round, which will begin at 3:30 p.m., will be “dedicated to the rock bands in gratitude for the help they always provided.”

The poet and journalist Demetrio Iramain, the mother of the Tucumán branch Sara Mrad and the founder Hebe de Bonafini will speak after the round.