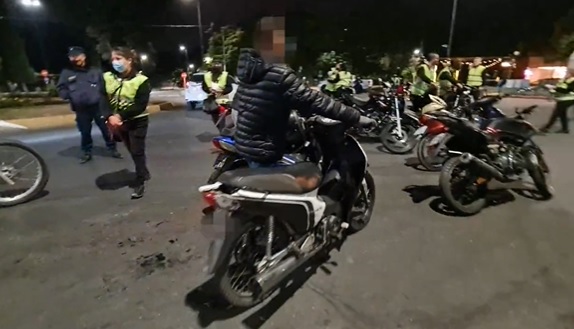 The Córdoba Police reported that they arrested 64 people in various police operations carried out in different neighborhoods of the capital city. All the subjects are linked to different crimes and infractions committed. In addition, they seized a total of 69 motorcycles and 1 replica firearm.

In addition, another procedure was carried out on Av. Deodoro Roca through which a total of 49 motorcycles were seized for different infractions. Two men were apprehended. Municipal inspectors collaborated.