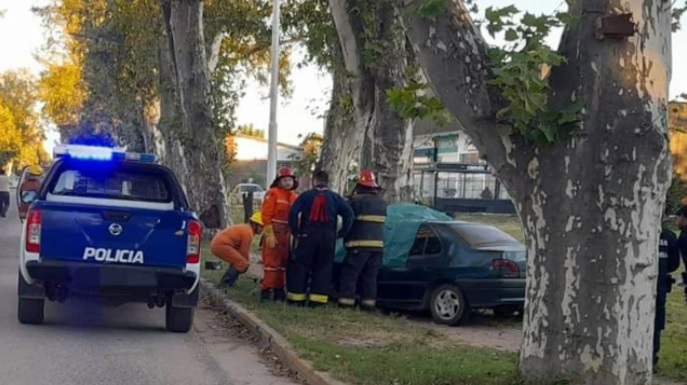 This Saturday morning there was a fatal accident in the town of Pilar, at the intersection of Route 9 and Maipú street. Two people were traveling in a Peugeot 306 that, for reasons that have not transpired, hit a tree head-on around 7:30 in the morning.

The young man who was accompanying, 23 years old, died from injuries received in the impact. He received assistance at the scene and was later pronounced dead.

The 34-year-old driver received injuries of varying magnitude and was treated at a local hospital.

Both the driver and the passenger, whose identities were not disclosed, are domiciled in Pilar.

See also: Crash in the south of Córdoba: a motorcyclist was hospitalized