A couple used their son to distribute drugs • Channel C 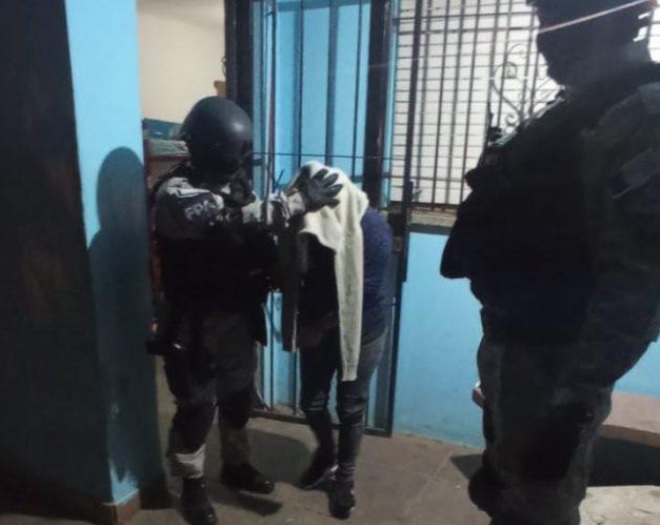 The Public Prosecutor’s Office commanded two raids in the neighborhoods of San Vicente (Argandoña 4,700) and Acosta (López y Planes S/N) that allowed to find a couple and their minor son, who are dedicated to drug trafficking.

In addition, 542 doses of marijuana and 24 of cocaine, four digital scales, two firearms (22 and 38 caliber), three cannabis sativa plants, money and items related to the case were seized. The transcended investigation is that both parents used their minor son to sell drugs in their home.

The third shift Anti-Drug Prosecutor’s Office intervened in the operation, who ordered the transfer of those arrested to court for allegedly aggravated narcotics marketing and illegal possession of weapons of war and civil use.