A debate without arguments? • Channel C 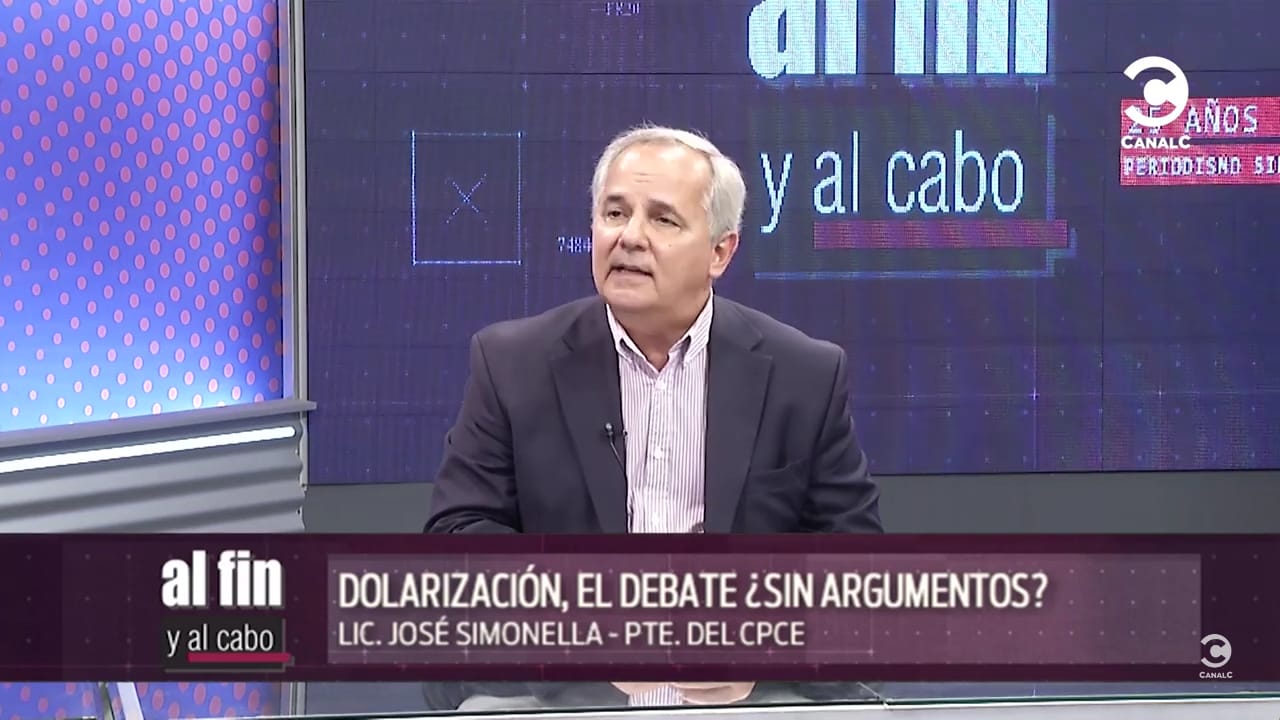 Recently, Liberal deputy Javier Milei stated that if he became president in 2023, he would dollarize the economy. Although the idea of ​​dollarizing the Argentine economy has been considered, discussed and proposed for years by different intellectuals on the subject, Milei once again put the debate on everyone’s lips by insisting that “we Argentines have already chosen the currency we want: the dollar “

Given these statements, the president of the Professional Council of Economic Sciences of Córdoba (CPCE), José Simonella, spoke with In the end to provide your perspective.

“It is clearly a way that Milei finds to attract attention and generate a debate that would be impracticable in Argentina,” said the specialist.

Simonella presented a series of arguments why dollarization would be an unviable alternative in our country.

In the first place, I point out the lack of reserves that Argentina has in said foreign currency and the lack of an international market willing to cede it. In the second instance, he said that “the countries do not have to give up their monetary policy because otherwise all the adjustments are made by fiscal policies and these are more bloody”

On the other hand, he referred to the idea of ​​eliminating the Central Bank, which was also raised by Milei. “The truth is that there is no country that has eliminated it, the truth is that what Argentina has to do in the end is to have fiscal responsibility,” he concluded.