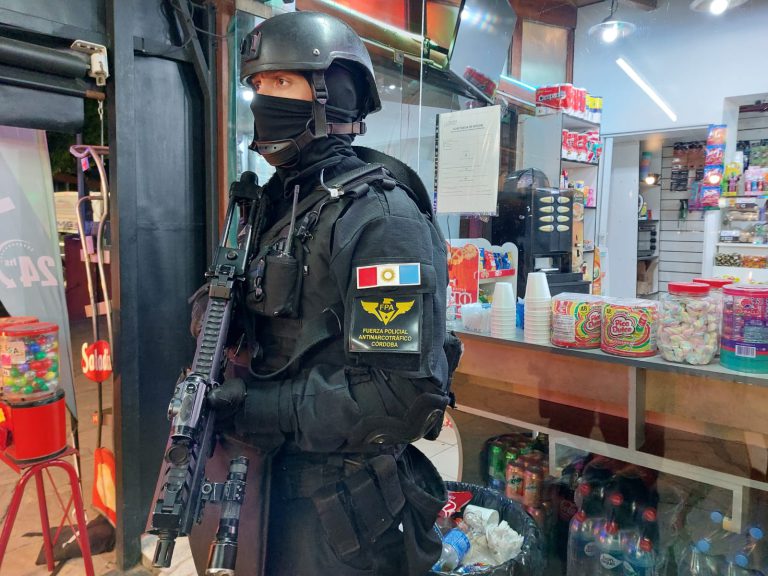 A 34-year-old man was arrested at the Villa Carlos Paz Center for delivering high-purity cocaine. Members of the Anti-Drug Trafficking Police Force (FPA) found the accused in flagrante delicto; he attempted to flee in his car and was quickly intercepted. It happened on Maipú street at 100.

Immediately afterwards, the authorities carried out two raids: one at the subject’s home, located in B° Villa del Lago, and the other at a kiosk on 100 Libertad Street, also in the Centro neighborhood where he was arrested. They found 890 doses of cocaine and 54 of marijuana, two digital scales, money, a long 22-caliber pistol, 24 cartridges and elements of fractionation of illicit substances.

The operation was supervised by authorities from the Villa Carlos Paz Mobile Prosecutor’s Office for the Fight Against Drug Trafficking, who ordered the transfer of the suspect for violating the National Narcotics Law.