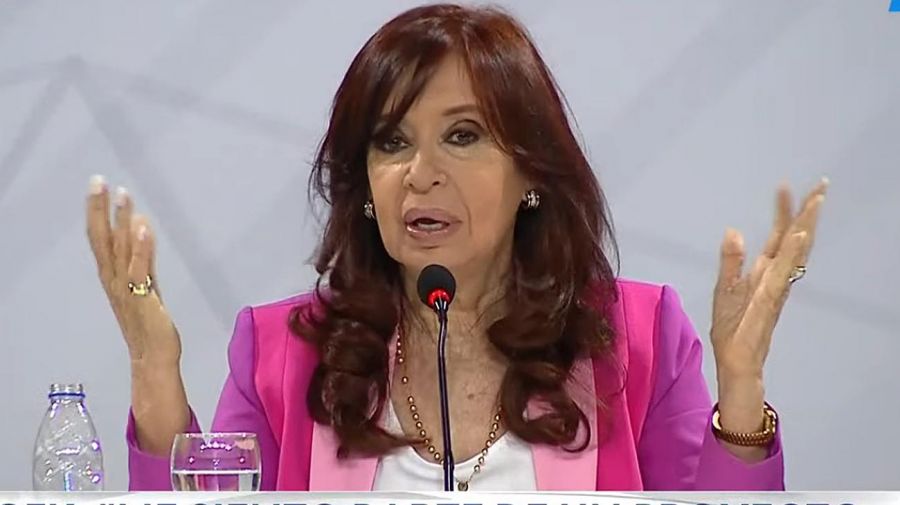 This Friday, former president Cristina Fernández de Kirchner declared in her defense plea in the trial for the Road Case, where she is accused of having been part of an illicit association and of having exercised fraudulent administration. During her speech, the deputy president questioned the “arbitrariness” that was committed and stated that “if she had not been a lawyer, she would have been defenseless.”

“Since I am accused, but at the same time I am a lawyer, I can make use of this stage of the argument, due to my professional nature,” said the head of the Senate. In addition, she expressed: “In a trial it is about finding the truth, contrasted with documentary, expert and testimonial evidence.”

In relation to the task carried out by his defense attorney Carlos Beraldi, he said: “Confront the lies of the prosecutors, with the facts and the evidence in the file, because the evidence has to be in the file.” And he added: “There was a whole fable set up to pull my hair out of this trial.”

WATCH: Cristina Kirchner: “I am going to upload this entire trial to my networks so that the world can see it”

“The accusation of the prosecutors violates the Constitution” because “a government elected by the people cannot be considered an illicit association” CFK remarked. Finally, he asked that after the process is over, everything that happened in the process be shown, so that “the world can observe what this trial was.”

It should be clarified that the prosecution requested 12 years in prison and perpetual disqualification from holding public office against the former president. With the request for Beraldi’s acquittal, the last day of Cristina’s defense pleas ended. The trial will continue next Monday with the presentation of Carlos Kirchner’s defenders.