A meteor lit up the sky of Rosario • Channel C 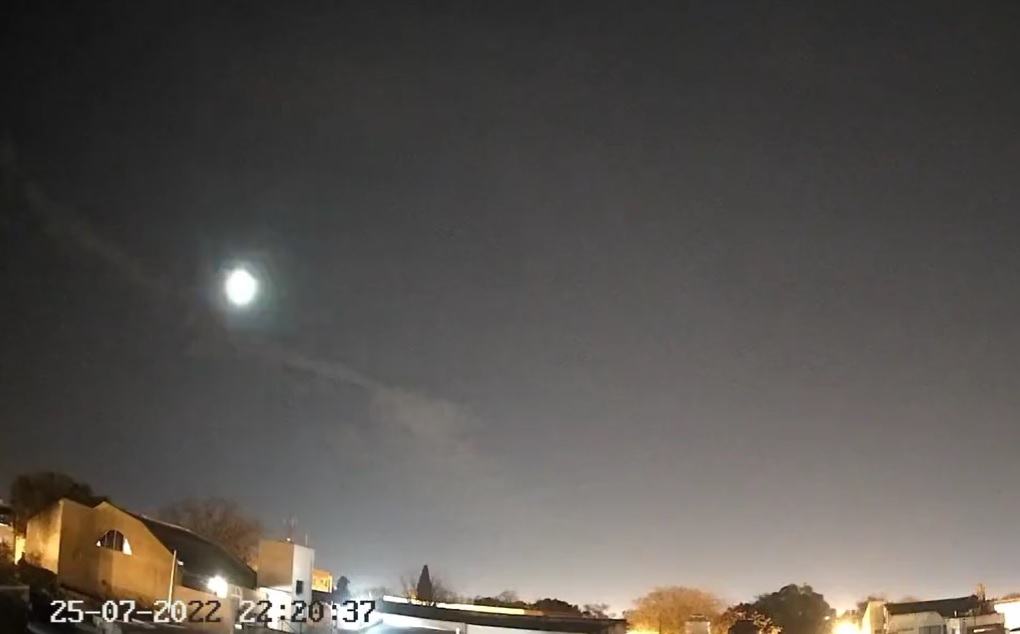 The Rosario sky lit up twice on Monday night and Tuesday morning thanks to the passage of two meteorites that passed close to Earth. Both astronomical phenomena were recorded by the Meteorological and Climate Monitoring Center SAT (Early Warning System).

The scientific term to refer to is ‘fireball’, as stated by the aforementioned body: “Minutes ago (published at 10:53 p.m.) a beautiful fireball could be seen that entered the high atmosphere in a SOUTH direction. It was captured by the meteocam “Charlie” from the northern zone of Rosario”.

Then, the entity published the record of another smaller meteorite in the early hours of Tuesday, also in a southerly direction.

The meteorite was captured at a height of 90 km and a radius of 200 km. According to Channel 11 of Fray Bentos, the object appeared in the sky in the north and disappeared seven seconds later to the southwest, lighting up the sky with a remarkable scale of bright green colors.

In astronomy, a fireball is a very bright meteor, characterized by looking like a ball of fire and creating a luminous trail, produced by the entry into the Earth’s atmosphere of a meteoroid with a mass of the order of tons, which generally explodes before reaching to the ground and produces an appreciable rumble. On some occasions, some fragments of the meteorite can be found on the ground.