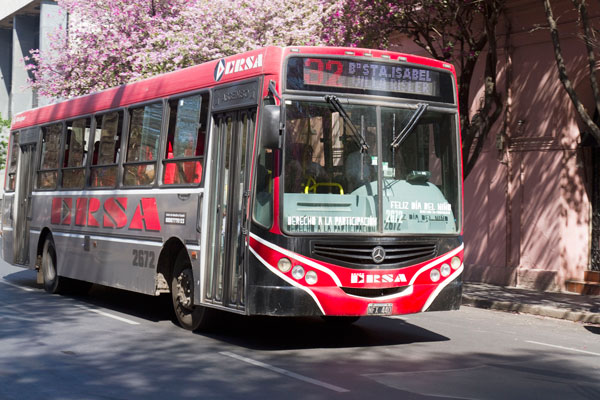 The Ersa public transport company reported an unexpected episode involving one of its units. This Sunday, according to information released by the company, a 12-year-old minor stole a group that was detained waiting for mechanical assistance. The incident occurred on Battle of Cepeda and Duarte Quirós streets, in the Paso de Los Andes neighborhood.

The teenager who took possession of the vehicle, corresponding to line 44 of Ersa, drove about 30 blocks and on the way damaged several cars that were parked in the area. The minor was arrested by the Police and hours later handed over to his parents. In the impacts generated by the group, fortunately there were no injuries.

From the company they made the corresponding complaint for the theft and the Córdoba Police investigate the fact to clarify the situation, because the bus ended up crashing.

#Cordova He is 12 years old, he stole a bus from Ersa, he drove 30 blocks and broke vehicles parked on the street. It was in the Alberdi neighborhood and now the boy was released and handed over to his parents. The unit was with the keys placed after a breakage. Mobile @radiomitrecba. pic.twitter.com/umSNyC9c2j

#NOW B. Los Platanos, minor (12) made available to parents, after driving 35 blocks on a bus line 44 @ERSACordoba w/ mechanical failure. On the way there are damages to parked vehicles. Info: @JavierSassi @masradiocba @TransitoCordoba @passengerscba @VecinoAlertacom pic.twitter.com/LDotMTR9kt