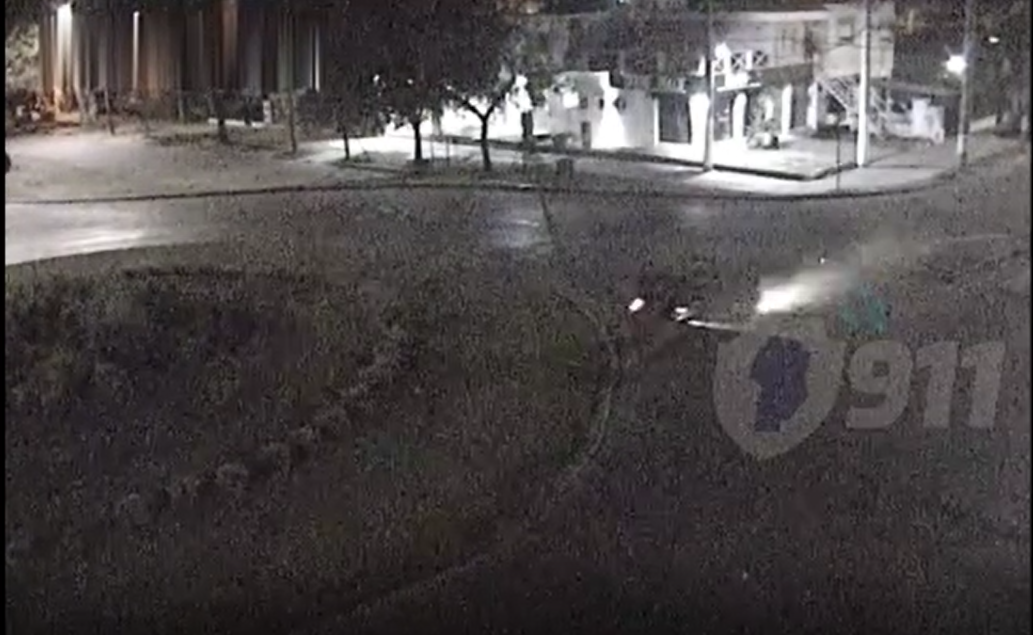 The unfortunate episode occurred this morning in Barrio Jardín, in the Cordovan capital. For reasons that are still unknown, a 28-year-old man, who was driving a motorcycle, lost control and flipped in the air, ending up in the middle of a roundabout.

Everything happened on Ciudad de Valparaiso street at 3500, when the man could not maintain control over his Royal Enfield 250cc motorcycle on which he was driving, and was captured by the 911 Video Surveillance cameras.

An emergency service was present at the scene who transferred the motorcyclist to the Emergency Hospital with trauma for his attention. Police are investigating the circumstances that led to the incident.