A shark with a “smile” that terrifies and moves the internet 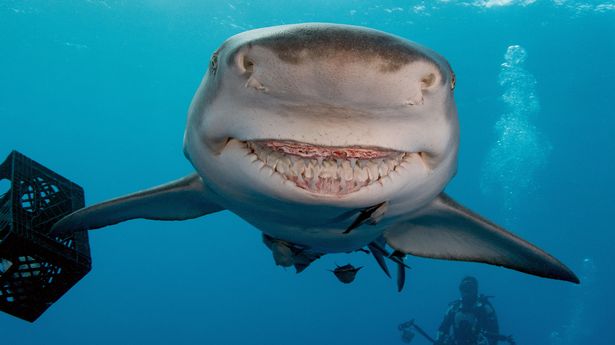 Between terror and tenderness: this is how internet users react when they come across the video that went viral in the last few hours. A female shark named Snooty was captured in images by Rayna, an expert photographer and instructor on sharks and underwater life. snooty It belongs to the “lemon” family of sharks and appears to be very friendly.

With the song that anticipates “you will be popular” in its lyrics, this kind of selachimorph shows what appears to be a permanent smile on his face. With a huge mouth and prominent teeth, her caretakers point out that she “likes to have her nose stroked.”

The video was shared on January 10 by the TikTok account @oceanraysphotography and in two weeks it accumulated more than 44 million reproductions and almost five million “likes”. The comments leave the most varied reactions: “It’s the same as the one in Finding Nemo”; “The braces have just been removed”; “I see that and I have an attack”; “Was he the only one who thought he would be three times as big?”

Many netizens highlighted that Snooty is very reminiscent of Bruce’s character, a shark that terrified the protagonists of the children’s film Finding Nemo with lines from the film: “Bruce, have you come to take me to the meeting to learn that fish are friends and not food?“.