A tour of the castles of Córdoba • Channel C 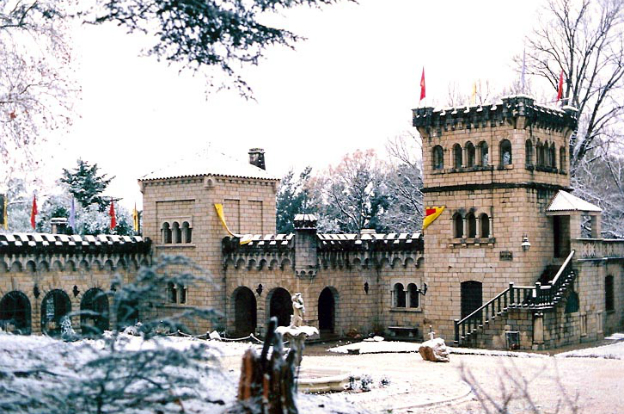 Within the countless cultural and tourist attractions that Córdoba has scattered throughout its extension, are the gigantic structures of the Castles that adorn the mountain corners. The medieval-style buildings are scattered throughout different towns in the province.

El Castillo Hotel Fabrega in Valle Hermoso: It was built around 1870 as the central attraction of the “Las Playas” ranch located in Valle Hermoso. This first stage was enlarged at the beginning of the 20th century -always maintaining the medieval style-, by the Italian immigrant José Ferrarini, who transformed it into the luxurious “Hotel Monte Olivo”, although it only worked for four years since Ferrarini died without leaving anyone. in charge of the housing complex.

The establishment has 45 rooms, with dimensions ranging from 25 to 90 square meters. All bedrooms are different and some include a family suite. In total there are 7,000 covered square meters, with public sectors, lounges, living rooms, bars, restaurants, spa, gym, library, bowling and reception. The building is surrounded by four hectares of wooded park, with various possibilities for outdoor recreation.

San Possidonio Castle in Villa Allende: At the beginning of the 1900s, the Italian Augusto C. Ferrari settled in the province of Córdoba to make great architectural contributions to the province.

The fortress was built between 1932 and 1936, and is named after the architect’s hometown. San Possidonio keeps intact the romantic imprint, and is covered by ivy, on the banks of the stream. It has a total height of 25 meters, has five levels from the basements to the tower and accommodation capacity of 14 to 19 seats, in addition to the typical narrow corridors, spiral staircase, covered balconies, battlements, columns, dining room lit by a stately chandelier with fringes and huge mirrors with golden leaf frames, which recreate an unmissable medieval atmosphere.

At the time of construction, the castle esplanade was the base for the railway to transport materials to the quarry, and it is currently the site where the Solidarity Festival and other public events are held each year. It should be noted that the work is now open to the public as a hotel, but every detail remains as it was originally designed.

Monserrat Castle in Unquillo: This replica of the Moorish palaces was built in 1920 by Miguel Monserrat, a Catalan banker who lived in Rosario. It extends over five hectares of the town of Unquillo, in which olive groves, pools, a cellar, a basement, a stable, a dovecote, fountains, a restaurant room, among other picturesque sectors, can be identified.

The castle was bought in 2000 by Carlos Merino, its current owner, who refurbished the structure that emulates Spanish-Moorish architecture, to inhabit it with his family.

Wilkins Castle in Tanti: This stone fortress, the work of the Yugoslav architect Reljak, was built at the beginning of the 20th century under the name of Castillo San Alberto. The building that took 26 years to build has had four owners, but it currently belongs to the Puerto Rican pop singer, Wilkins.

Each wall and tower of this architectural gem was built with large blocks of stone, and each rock was patiently chiseled by hand by 50 local stonemasons, who sculpted the entire blocks and superimposed them one by one as if it were a puzzle. .

This place remains open to the public for tours, during various weekends throughout the year.

Mandl Castle in La Cumbre: This imposing castle was ordered to be built around 1920 by Bartolomé Vasallo, a doctor from Rosario who wanted to build a summer residence in the format of a fortress. At that time, the work had towers and battlements, and was known as “the fort”. After ten years, it passed into the hands of the Austrian aristocrat Fritz Mandl, who sought refuge in Argentina from the dangers of Europe.

Mandl carried out a remodeling of the fort that was full of modernism for the time, with characteristics of the unmistakable hallmark of the French designer Jean Michel Frank, a follower of minimalism in the 20th century, and collaborations with Diego Giacometti and furniture from the prestigious Casa Comte. Thus, it lost some characteristics of strength but served as an attraction for numerous European personalities.

The castle remained closed for a few decades after Mandl’s death, but was finally restored in order to use it as a temporary residence, and offer its guests to participate in the charm of the place through its splendid architecture and the warmth of its environments. .