A truck was buried in Plaza España • Channel C 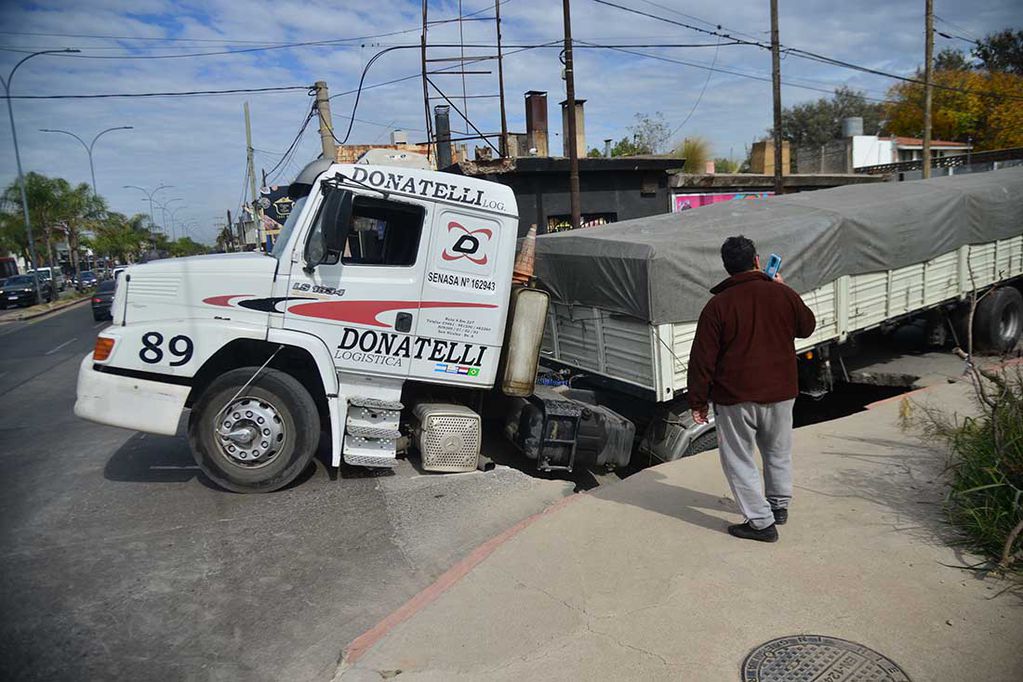 In less than a week, the streets of Córdoba have already suffered three collapses. On Monday it was in the Argentine Army neighborhood; on Wednesday, in the San Martín neighborhood, and today it happened on Avenida Chacabuco, a few meters from Plaza España. Around 12 noon, an Aguas Cordobesas truck got stuck in a well after giving way to part of the paving in Chacabuco and Larrañaga, and had to be rescued by a crane.

According to witnesses, the truck was working in the area to fix an underground leak that had been going on for several days and had not been completed. Given this situation, the director of Road Works of the Municipality of Córdoba stated that “the incident must have occurred as a result of an undercut under the pavement and that they will continue working to solve it.”