a window cleaner fell after fighting with another • Channel C 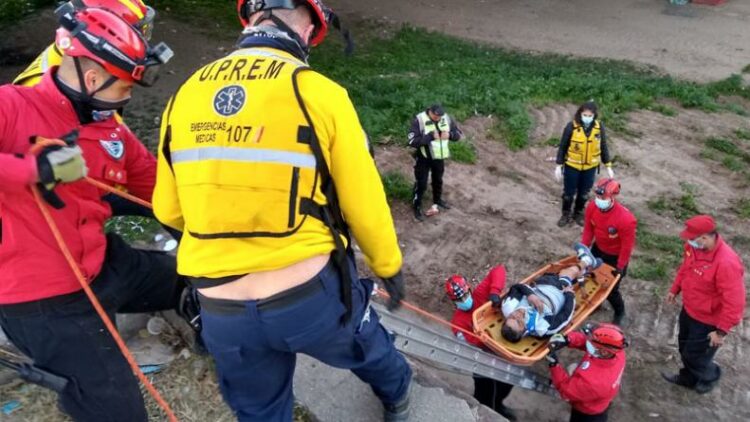 A 35-year-old man fell from the Sarmiento bridge as part of a fight that occurred after 5 p.m. The contestants, who work as window cleaners in the area, argued and struggled with each other, which caused one of them to fall from a height approximately five meters.

The episode was reported by a police checkpoint located on the same bridge, so emergency personnel were notified, who went to the scene. Members of the High Risk Units Department (Duar) also participated in the rescue.

By using a “stair stretcher” they helped the victim, who was transferred to the Emergency Hospital. At the health center he was diagnosed with a hip fracture. A 24-year-old man was arrested for the violent act.