A woman was attacked by dogs and remains hospitalized • Channel C 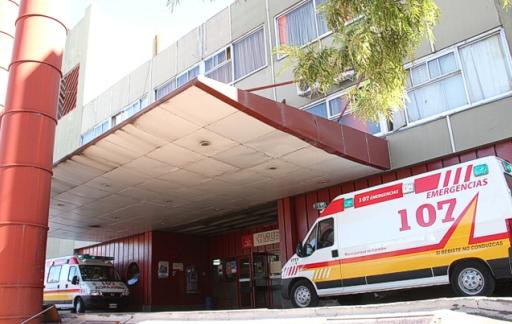 Yesterday afternoon, the Córdoba Police reported an unfortunate episode involving a dog and a woman, a neighbor of Barrio Observatorio. Around 6:00 p.m., a woman in her 30s was attacked by a dog, seriously injuring her.

The victim suffered bites on her right leg, right arm and face, when she was in her partner’s house, on Pueyrredón street at 900 Barrio Observatorio. The woman had to be assisted by an emergency service and transferred to the Emergency Hospital.

Although the Police investigate the circumstances of the event, the woman would have wanted to separate the three dogs that were fighting and one of them, a Pitbull breed, attacked her. Everything happened at the time when the young woman entered the home to visit her boyfriend.

From the Hospital they reported that the patient was admitted with serious injuries and considerable facial damage. In addition, the young woman had to undergo various studies such as CT scans to assess whether she should undergo surgery.

In the last hours it transpired that the woman fiercely attacked by Pitbull dogs, is under observation to see how the wounds she suffered in different parts of her body evolve.