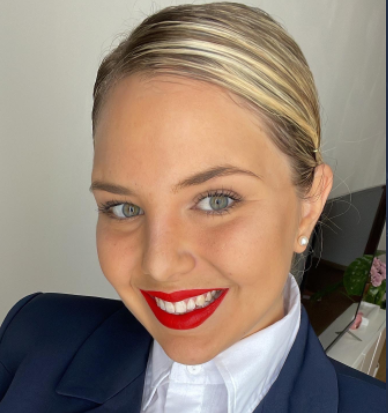 Josefina Macchi, a young woman who had just finished her crew course, said on her Twitter account that she went to a job interview to work at the Emirates Airlines company and had a disconcerting experience.

The young woman said that in the first instance they should do an exercise speaking in English. Josefina said that unlike other colleagues with whom she conducted the interview, she did not have any problem with the language.

However, when the recruiter announced who was going to the next stage, she was not called. Josefina states that she approached the woman to tell her that she should improve for the next search and the recruiter’s response was outrageous.