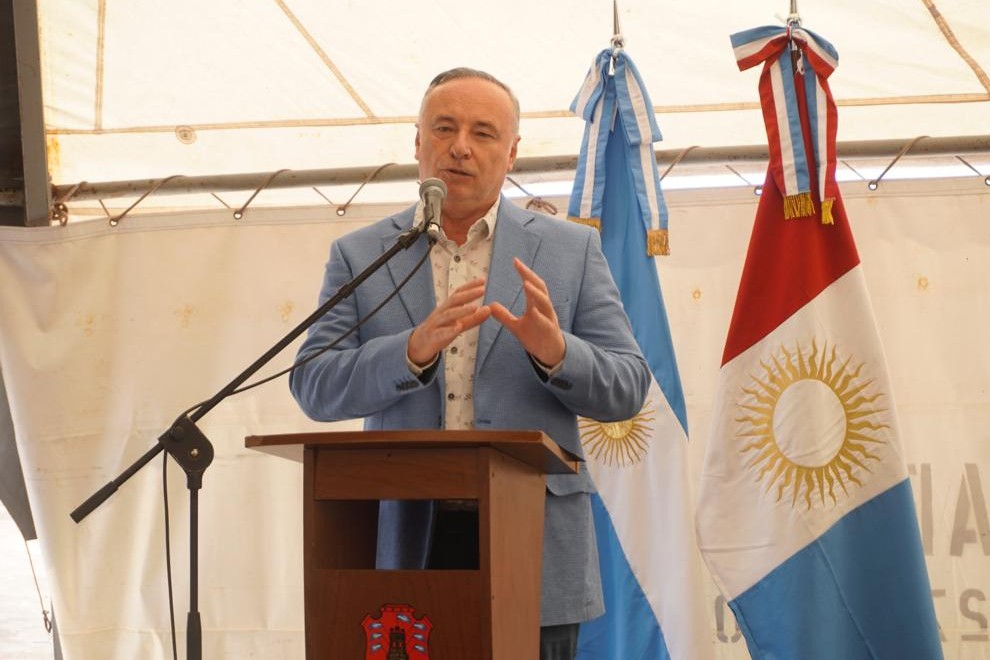 The Minister of Industry, Commerce and Mining, Eduardo Accastello, presided this Tuesday, the act of Final Approval of the La Para Industrial Park, the number 45 of the Province and the first of the Río Primero Department which began to be managed in 2010 by the Municipality.

During these last two years, the following infrastructure works were carried out within the Industrial Park: Improvement of internal streets, public lighting, water drilling; as improvement works, the gutter cordon was carried out and in the next few days the entrance portico will begin to be built.

All these works made it possible to receive this Tuesday the Final Approval by the Government of the province of Córdoba, which allows the industries that settle in it to directly access the Industrial promotion for 15 years.

Addressing those present, Minister Eduardo Accastello expressed: “The Córdoba that we are managing, working together even though we may think differently, is a Province that makes its towns and communities grow”.

“Governor Schiaretti wants productive development in each town and that in Córdoba is possible because now we have infrastructure, gas, connectivity, pavement and, in this way, we are strengthening the work, quality of life and permanence of young people and of the people where they were born”, manifested.

To conclude, Accastello argued that “Industrial parks are the starting point, a new beginning for the town with the arrival of companies. Working together in Córdoba things work and we can demonstrate that from inside the interior, guaranteeing employment, education, health and production”.

Next, the Minister delivered a Non-Refundable Contribution for $5,200,000 for the execution of complementary intramural works in the Park.

Meanwhile, the Mayor of La Para mentioned that the authorization of the Park in the month in which the town turns 111 years old and highlighted the importance of generating employment, which is to generate a future. Also, he referred to the benefits that the companies that settle in the property will receive and will be obtained by the Park for being registered in the National Registry of Industrial Parks (RENPI),

It sits on a property of 21 hectaresdistributed in 41 lots. For its development, a investment in infrastructure of more than 130 million pesos by the Municipality and the Government of Córdoba.

Inside the property there are installed two (2) industries: “Hormi-Obras SAS” and “Novablock”. Currently, they are under construction two (2) new industries, “Bula Franco” and “Plack Center – Noriega Group”. And, there is one (1) industry in installation project, “Bruno Pablo”.