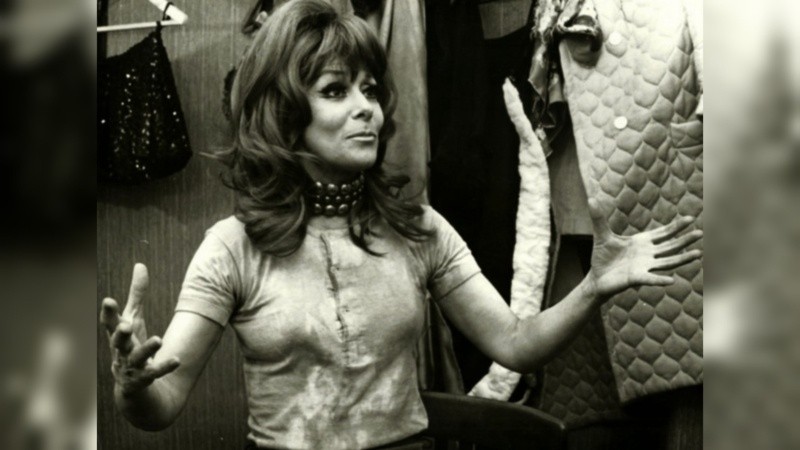 This Thursday the sad news of the death of Diana Maggi was released, an actress who at 97 years old left an impressive legacy in Argentine cinema and television. Diana was born in Milan, Italy, but her home was always in our country. She arrived in the port of Buenos Aires as a child in 1931 and as a teenager she began her journey through the tables and the lights.

His first film work was with Niní Marshal, in the film working women. That feature film was followed My sad night, Southern Border, The doctor wants tangos, Nacha Regules, The fan, The tigra, Marcela’s other self, The informer, Hotel accommodation, What a wedding night! Y The long-haired strangerbetween many more.

He achieved great popularity on the small screen in cycles such as weddings and something more where she showed herself as the great comedian she was with her role as Old Loló, in tateshowthe Leonardo Simons cycle of which she was a jury playing herself, High Comedy, Los Libonatti, Manuela, Poliladron, Good neighbors, Porcelandia, Friday de Pacheco, “Women in prison and Theater as in the theater.

It may interest you: Everything you need to know to visit the Bar de la Mona Jiménez Museum

In addition, Diana was one of the protagonists of the classic play La Nona, The trial of Mary Duggan, The biographer is over, The girl from the center, Petit Café, The three gypsy musketeers, Mattinata, Goodbye… my silver, The coronation of laughter, The magazine of the aces, Do you come for the notice? Y Everything happens.

for his role in the film Nacha Regules, starring Zully Moreno in 1950, she received the award for best supporting actress given by the Academy of Cinematographic Arts and Sciences of Argentina. In 1974 she received a Martín Fierro Award for best actress, in 1981 she received the Merit Diploma from the Konex Awards as one of the best comedy actresses in Argentina and in 1997 the Argentine Association of Actors and the National Senate awarded her the Podestá Award for Honorable Career.

It was precisely the Argentine Association of Actors that confirmed her death: “It is with great sadness that we bid farewell to actress and member Diana Maggi. With an artistic career spanning more than eight decades in Argentina and Spain, she stood out in theater, cinema, television, radio and theater. Our condolences to their loved ones, embracing them in this hard moment”.