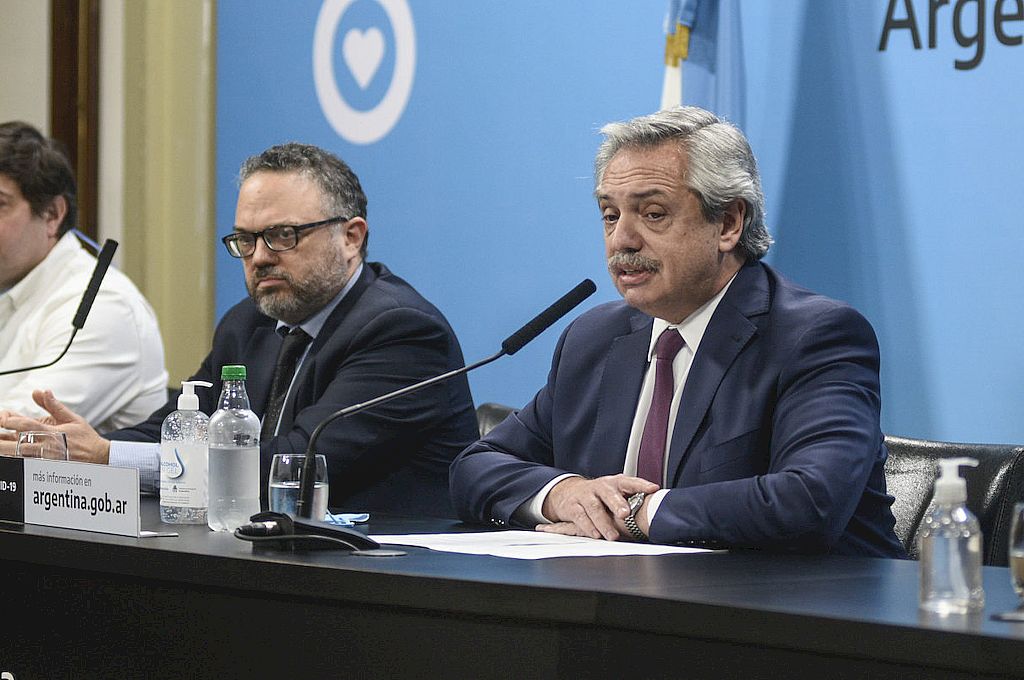 This Saturday, President Alberto Fernández asked the Minister of Productive Development, Matías Kulfas, to resign. The official is credited with having critically referred to Techint’s tender for the construction of the Néstor Kirchner gas pipeline. These statements came off the record Vice President Cristina Fernández de Kirchner after having shared with the Head of State the act for the 100 years of YPF.

Cristina Fernández had told Alberto Fernández during the act to “use the pen” to improve his management and in order to generate a greater redistribution of wealth. What Kulfas would have said about this: “The pen has to be used by Cristina’s officials, who set the conditions to give Techint the construction of the Vaca Muerta gas pipeline. It is IEASA, with officials appointed by it, who make the bids”.

Read more: Cristina Kirchner and Alberto Fernández led the event for the 100 years of YPF

Quoted by the newspaper La Voz, he continues: “Those who did not use the pen properly were their IEASA officials. They put together a bidding document tailored to Techint and the sheet metal that the group manufactures in Brazil, 33 millimeters thick”. If the IEASA officials, who respond directly to Cristina because they come from the La Cámpora group, instead of putting that specification, they had put 31 millimeters, as are the gas pipelines in Europe, pipes could have been supplied from another firm that produces in Villa Constitución (Industrial laminates SA), says the off the record.

Given this, ENARSA published a statement and asserted: “to the category of ‘officials who do not work’, raised in 2020 by the vice president, now is added that of off officials who, in addition to not knowing, lie and use the journalism to carry out political operations against the vice president”. This was quoted by Cristina Fernández, and she added: “It is not only serious, but very painful and above all, incomprehensible, that a work of the magnitude and importance for Argentina and for the Government itself, such as the Néstor Kirchner gas pipeline, is the object of this type of action”.

Cristina’s words were supported by Alberto Fernández, who not only asked Matías Kulfas to resign, but also posted on Twitter: “I share the response given by @Energia_ArgOk to a publication based on a supposed off from government officials. I trust the moral integrity and suitability of those who carry out the Néstor Kirchner Gas Pipeline tender”.

Sources: Argentine News | The voice of the interior