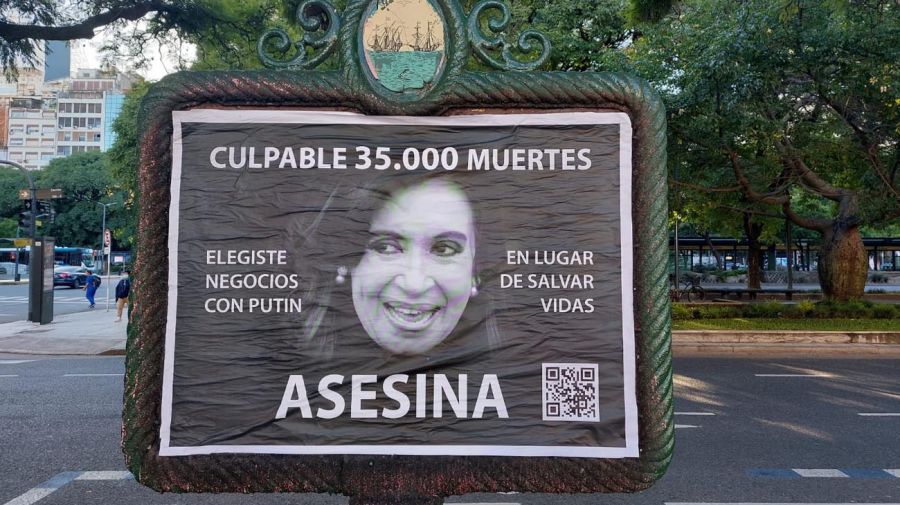 Despite the crisis plaguing the Frente de Todos, Alberto Fernández came out to repudiate the posters against the vice president that appeared in the city and called for an investigation into those who spread the apocryphal campaign that accused Cristina Kirchner of being a “murderer.”

“Guilty of 35,000 deaths,” says the poster with the image of the vice president in black and white, and it is estimated that it refers to the number of casualties resulting from the Russian invasion of Ukraine provided by President Volodímir Zelensky. The poster also includes the phrase: “You chose business with Putin instead of saving lives.”

Along with the photo, a QR code can be seen with a link under the title “cfkladrona” that redirected to the Cristinauta site. org. The URL was taken down during the early hours of Monday.

“The truth does not forgive. You did not let govern. The disaster is yours,” the page appeared, under the signature of “Alberto Fernández driving.”

Before the event, the President and the presidential spokeswoman chose to distance themselves from the posters and repudiate the events. Likewise, the president defended the vice president and reiterated the idea that there are sectors that “are determined to divide and resort to the greatest baseness.”

“As I said yesterday, many insist on dividing us and resort to the greatest baseness. I am sorry for the damage they cause to good people. Know that seeing them act, they only commit me more to the unity of the Front of All,” he said from his Twitter account. Twitter.