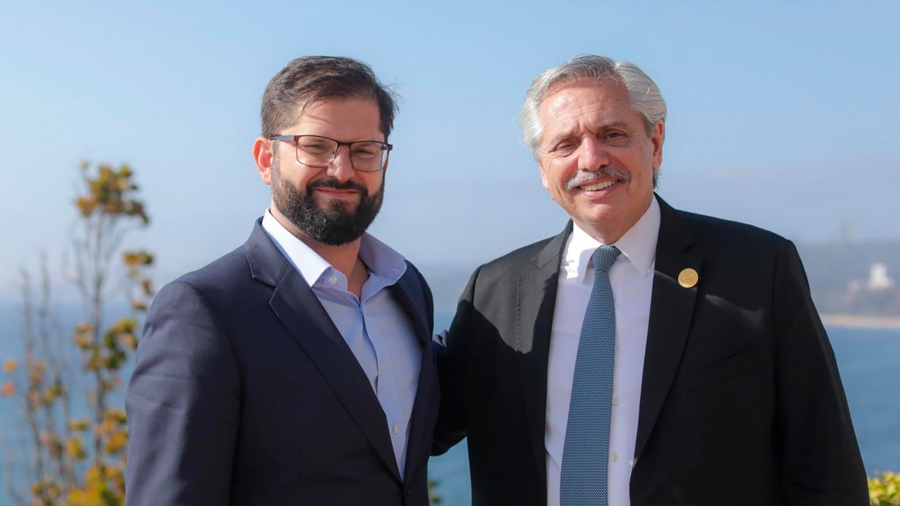 President Alberto Fernández will receive his Chilean counterpart Gabriel Boric next Monday, on the trans-Andean president’s first official trip after taking office on March 11, with whom he will hold a bilateral meeting and then head an expanded meeting of the delegations and a contact with the press.

Boric will arrive in the country on Sunday afternoon, where he will be received by Foreign Minister Santiago Cafiero, and then develop a two-day agenda, which will include visits to Congress, the former ESMA and the Museum of Fine Arts, and which will start this Monday. in the morning with the delivery of a floral offering to the monument to José de San Martín, according to the Chilean government.

Later, Fernández will receive him at Casa Rosada, where they will hold a private meeting, while in parallel the Argentine ministers will hold an exchange with their trans-Andean counterparts, to which both leaders will join once the bilateral meeting ends.

At the end of the work meetings, the Presidents and their ministers will sign a memorandum of understanding on Foreign Relations, International Trade and Worship to institutionalize the cooperation of both countries on LGBTIQ+ Human Rights.

Likewise, agreements of understanding will be signed between the Argentine Ministry of Women, Gender and Diversity and the Chilean Ministry of Women and Gender Equity, in this case for cooperation in Gender Equality and Women’s Empowerment