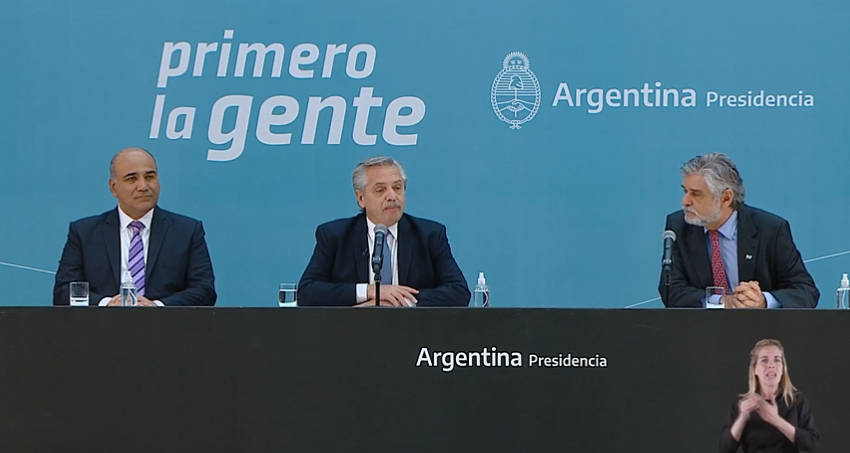 While the act for the signing of the letters of intent for the beginning of 22 scientific and technological infrastructure works was taking place, President Alberto Fernández, with the support of 10 governors present, criticized the field and referred to the economic crisis that it is going through. the country: he underlined that he will face those who “speculate with the dollar and those who keep 20 billion dollars in the field and do not liquidate them hoping for a better return.”

“I need you all mobilized, because it is the opportunity that Argentina has and that we should not lose. Know that those who want to twist my arm, will not be able to twist my arm because I know that I count on each and every one of you “, held.

“We are aware of the macroeconomic problems we have and that the global crisis adds uncertainties and fears. I want to convey to every Argentinean to stay calm, that we are working and as we overcome all the problems we will overcome this too. We have the tools to do it and we are innovating in others to be able to get out of the mess that the world has put us in,” he said.

“I am aware on a day of joy, I do it in a very difficult context to live in Argentina, which I do not neglect, and for which I work every day,” he emphasized. And he added: “I ask you to remember that I did not escape any of those problems. I had to argue with the IMF and I got over it, and I had to do it in the middle of a pandemic, which we also got over. We got over it, we grew back, we lowered the unemployment, public works. We continue to grow in another context that poses other challenges to those who keep 20 billion dollars in the countryside and do not turn them over when the country needs it, to those who speculate with the dollar, to inflation”.