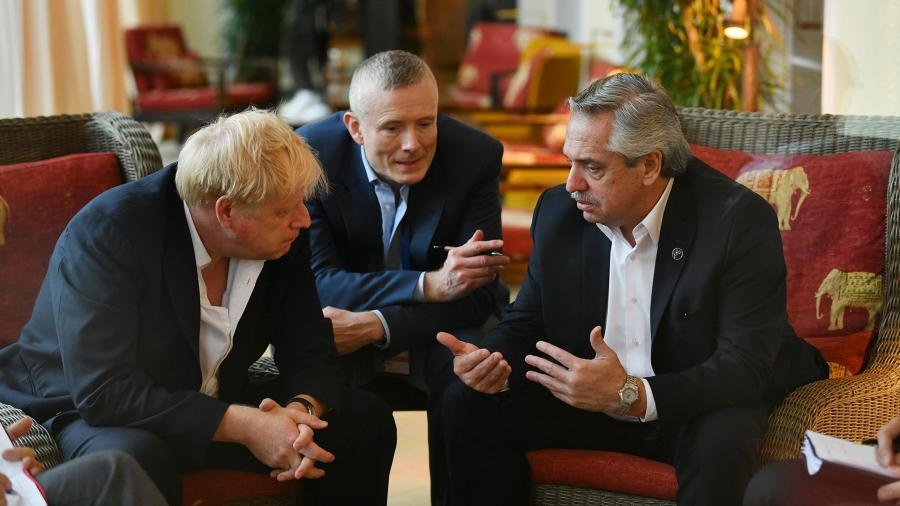 President Alberto Fernández met alone for the first time with the Prime Minister of the United Kingdom, Boris Johnson, with whom he addressed the dispute over the sovereignty of the Malvinas in the midst of a climate of tension.

“I met with Boris Johnson, who had asked me. He assessed Argentina’s position regarding the conflict in Ukraine and Russia, listened carefully to the particularities of Argentina’s position and I frankly asked him, ´I want to be honest with you, it is very difficult that we can talk about something if we don’t talk about Malvinas first,'” stressed the head of state.

In a dialogue with the Argentine press that traveled to Munich after closing his participation in the G7 Summit, Fernández made an account of his conversation with the British Prime Minister: “I only ask that you comply with the United Nations resolutions,” he told him.

“He gave me his position, which is the one we all already know from the United Kingdom, and I told him that I hoped that they would soon reflect and see how we resume negotiations,” the President emphasized.

Later, Johnson spoke of Argentina’s possibilities with grains, gas and proteins, to which Fernández told him that “nothing can be advanced” until talks about the Malvinas Islands can be started.

“That is an issue that was resolved 40 years ago,” Johnson told the President, according to reconstructions by attendees at the meeting. In response, Fernández reminded the Briton of the United Nations resolutions that call on the United Kingdom to sit down and talk.

During the brief meeting that took place during the G7 Summit, a forum that includes Great Britain and to which Argentina attended as a guest, Johnson stressed that his country is not willing to talk about the issue.