all about the Bum Bum Festival • Channel C 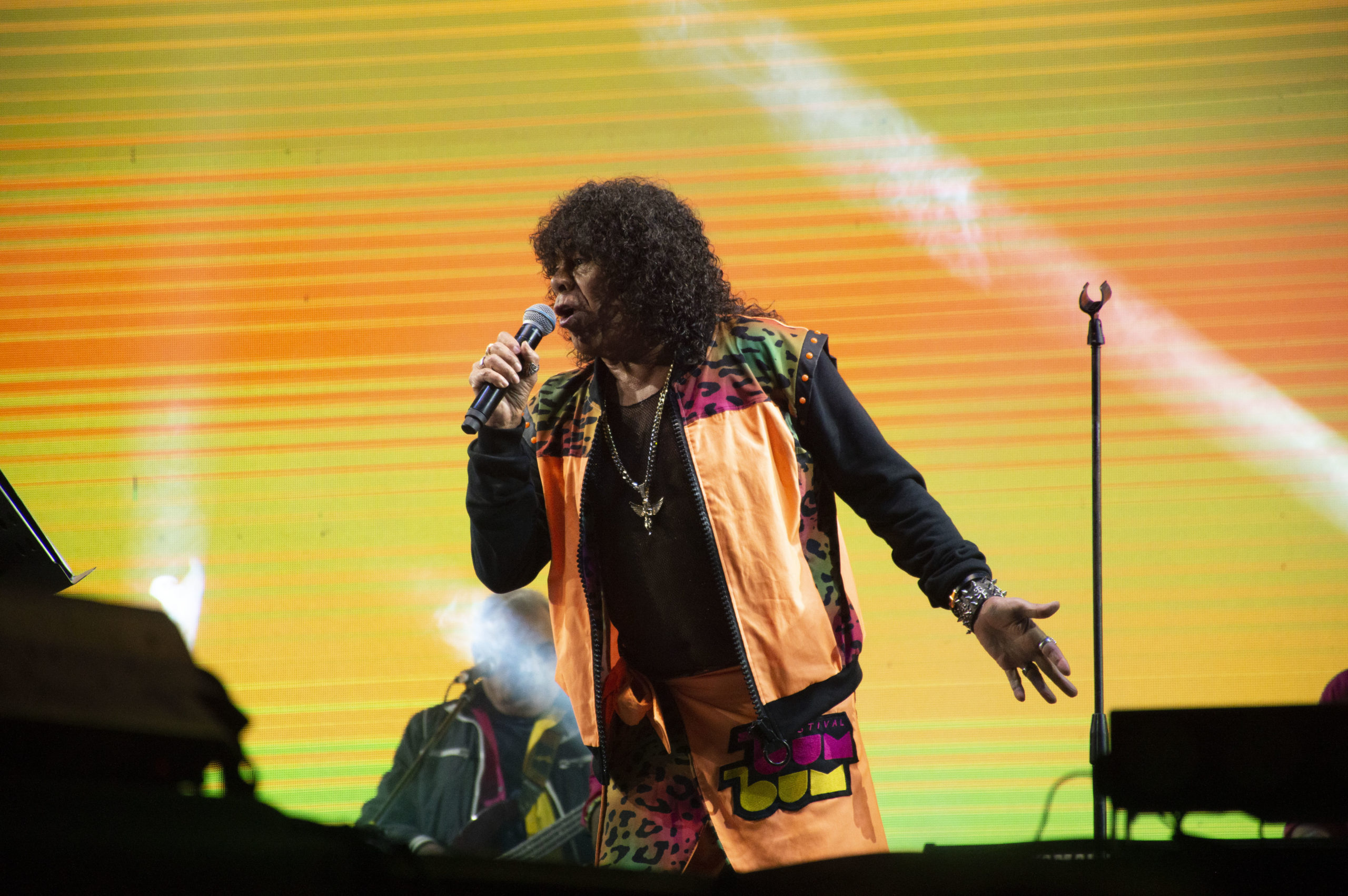 By Ernestina Marzi for Canal C.

Pure quartet of the good. La Mona Jiménez shone at the second edition of the Bum Bum Festival, making everyone present dance (about 30,000 people). From 3:00 p.m., when the doors of the Jardín neighborhood Hippodrome opened, the fans began to line up to enter the venue.

Entire families, groups of friends, travelers who came to Córdoba from other provinces (and some from other countries, such as Brazil) gave life to what was a true party.

The line-up was impeccable and without a doubt a commitment to the convergence of various genres. Anastasia Amarante opened the stages of monastery, rock band that reverts all the classic Jimeneros. then they went up Lions with Flow to hit the trap note on stage, followed by Lore Jimenez, first cuartetera of the day, around 4:30 p.m. Later it was the turn of Desakat2.

of course there was breaks between each of the artists. As the sun set on a Saturday afternoon, cool indeed, it was time to shine for The Santiagueños Manseros to make everyone dance with the classic folklore. The thing was getting very hot and went up kapanga. El Mono, dressed in red, sang super classics like El Mono Relojero, La crudita, En el camino and El universal.

Then it was Ulises Bueno’s turn, with his characteristic and wave-filled performance. She immensely thanked the public and also La Mona, who said that “they are part of her family.” She also put together a duet when Rodrigo Bueno’s brother invited Mono de Kapanga to play Dale Vieja Dale.

DJ Martín Huergo also participated in the mix of genres, who was the great bet of the event to “mechar” electronic music among “la monada”, who quickly caught on to the mix techno of the cuartetero classics.

The main course arrived at approximately 22:50. The Boss He went on stage to burn the moment in the retina of all those present. No one was left out and more than one enjoyed the show with a glass of red wine and soda in hand, a classic drink of Cordoban dances.

Mona Jimenez, who has been shining at night for 55 years and arousing passions throughout the country, once again put on his extravagant outfits (first he chose an orange and yellow one, very garish, and then a red one that resembled that of Michael Jackson in Thriller), specially designed for the occasion, and began to sing his most beloved classics. With them he wiggled and danced everything.

“Bouquet of violets”, “El Federal”, “But I know you will fall in love”, “Jealous”, were just some of the songs that resounded in the loudspeakers. Of course there were also duets: together with Carli Jiménez he sang “Luis”, with Ulises Bueno, “Goma de Mascar” with el Mono, “Nueve y media”, and with his daughter Lorena Jiménez he sang “La Huella”. In addition, he premiered a new theme: Your name. In addition to the music, he also did not lack his usual interaction with the public or the signs of the neighborhoods and towns, to the shout of the people who asked him to say theirs and raising the signs.

Not only did hearts burst with emotion, but La Mona also announced a new Bum Bum Festival for May 28, at the Obelisk and free of charge. Undoubtedly, the king of the Cordovan quartet is incomparable. The passions that he generates are rare in artists from all over the world and without a doubt he once again left a mark in the heart of this province.

The property was prepared exclusively so as not to get bored at any time. Several bars selling tickets, food, the Museo de la Mona -curated by Sofía Nicolossi- the Boom Boom Kidsprepared with games for children, and other assemblies so that people can spend time between artist and artist.