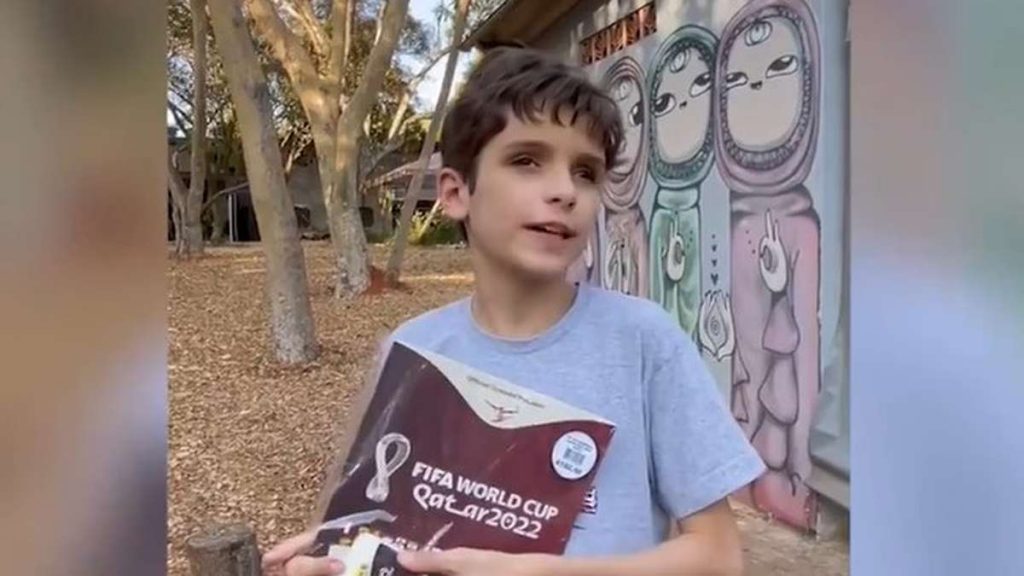 Pedro Maron, is 11 years old and in recent days he went viral after his moving story was known. Pedro has been blind since he was born and over time he has been incorporating certain tools into his life that facilitate communication with his peers. The great ingenuity that he possesses has made it possible for him to integrate in a wonderful way, and proof of this was the World Cup album.

He is a soccer fan and like other children his age he also wants to collect figurines from the Qatar 2022 World Cup album and participate in the school game with his friends. To achieve this, he had the ingenious idea of ​​adapting the album to the braille system and thus being able to understand it.

It may also interest you: He proposed to her at a traffic light and love triumphed

His father shared the video on social networks where his son can be seen explaining how to complete it. The story had such an impact that even the Qatari media talked about it. The subject was also discussed in local media in Brazil and her father gave an interview to explain how his son was doing to complete the album. “The Qatar World Cup album has pages from one to 20 and he knows that each page has 20 stickers, it is easier for him to locate them”explained the father.

However, he clarified: “He still doesn’t have the most important thing for him, the great emotion is opening the package and knowing if the figurine is there or not. He needs us. We tell him what the painting is, and then he looks it up.” In relation to the great repercussion that his videos have generated, the boy’s father said: “I don’t know how it got to Qatar. We were contacted on Instagram by a Qatari vehicle representative. Then Pedro gave an interview to two vehicles in Qatar.