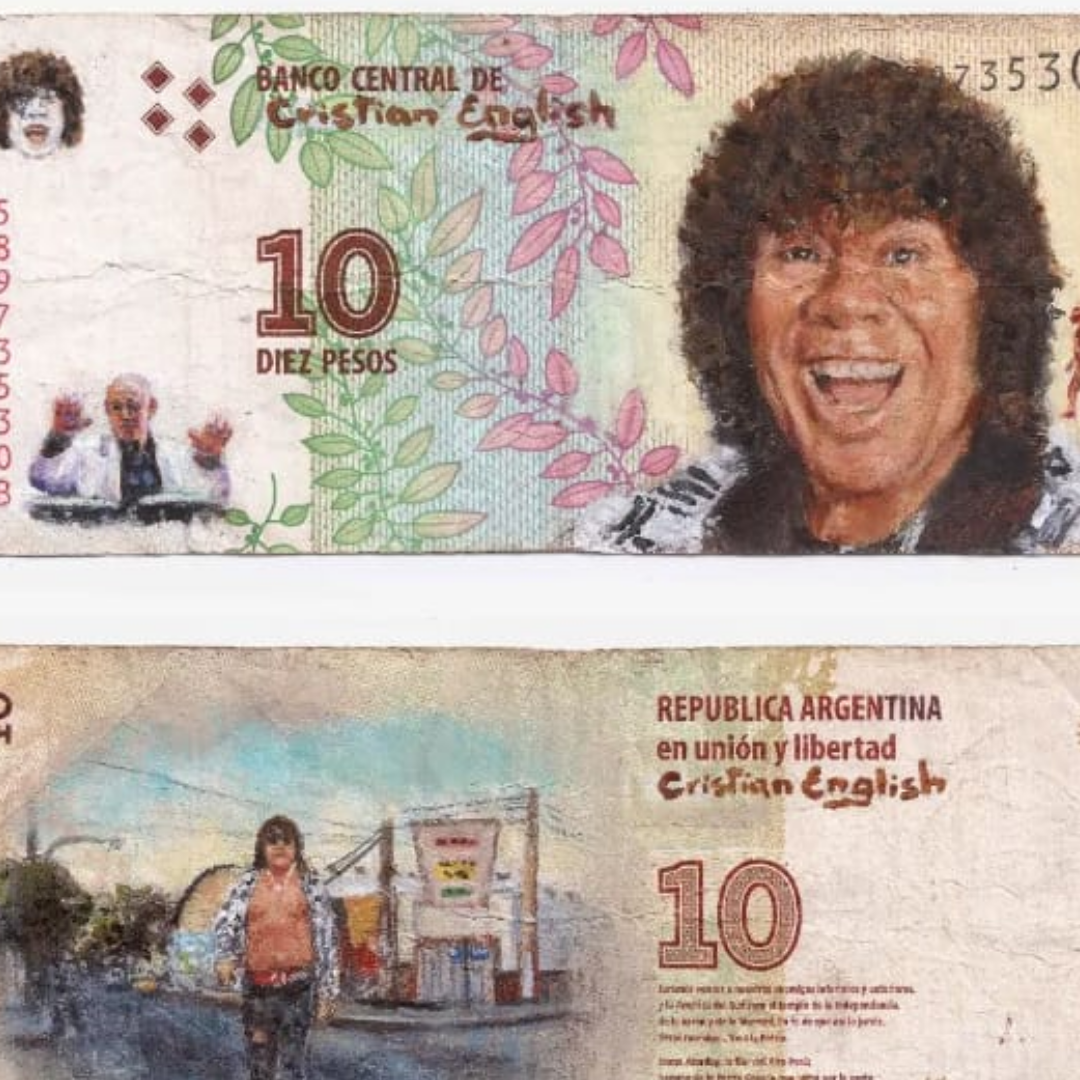 Between the furor over the show in the obelisk of Carlitos La Mona Jiménez and the comical memes that circulated for the exchange of bills in Argentina, the best of both worlds was reached. In the early hours of Monday, a funny image created by a plastic artist that is already all the rage on social networks went viral.

It is the image of La Mona on a ten peso bill. The king of the quartet appears portrayed both on the front and on the back of the Argentine coin and in the background the Monumental Sergeant Cabral of the San Vicente neighborhood can be seen.

The creator of these works is Cristian English, a plastic artist from Comodoro Rivadavia, who was already famous for painting banknotes and who long ago had anticipated this work “The model of La Mona Jiménez is coming and I already have one of Rodrigo,” he said in his moment.