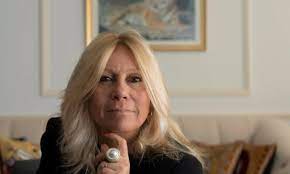 Ana Rosenfeld is in the eye of the storm after being accused by several former clients who claim they were scammed by the media lawyer. In the Intruders program (America), where the cases of three women who decided to report her to the Public Bar Association of the City of Buenos Aires were exposed.

According to the complainants, Rosenfeld applied a supposed modus operandi that consisted of making them sign an agreement in which it was clarified that in case of dispensing with his services they should pay him $10,000.

However, the lawyer went on the air and assured that the agreements with the alleged victims are totally legal, and that the complaints against her are from three women who used her service and then did not want to pay her fees. “That person who says that he had to pay me $10,000 if she disassociated herself and then we signed a larger amendment, I won a trial at first, in camera and in court. Because I gave that person numbers that I’m ashamed to say, above the millions of dollars. You guys cannot imagine what she has thanks to my work.”

And he added: “The day he charged, he revoked my contract and I could not collect my fees. These agreements are what allow us professionals to charge a minimum for the work we do with dignity and professionalism”.

At the same time, the lawyer explained that the only objective of her former clients is not to pay her the fees that correspond to her: “They revoke me and denounce me so as not to pay me. That’s what people do to not pay me.”