Another tragic weekend on the Cordoba routes • Channel C 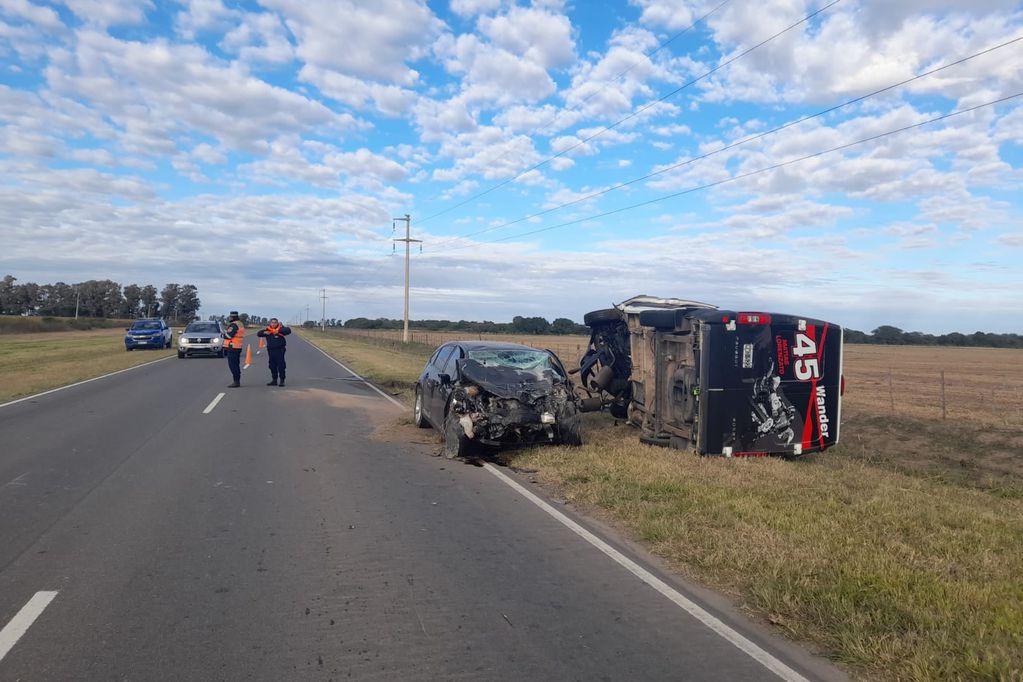 Towards the end of the first weekend of May, Cordoba routes lament five new deaths in various road accidents.

A multiple crash on Provincial Route 11 claimed the life of a 26 year old motorcyclist. The incident was triggered at the height of km 247 on Saturday night. Two motorcycles were traveling, a Motomel 150 cc driven by a 26-year-old man, and another Zanella 150 cc in the hands of a 24-year-old woman. The two first collided with a Toyota Hilux van, where the 68-year-old driver and a woman were traveling. old lady, and then with a Toyota Yaris car in which a couple was traveling. Although the emergency service transferred the injured to a local hospital, the death of the motorcyclist was confirmed there.

A 36 year old man who was driving a Brava Nevada brand motorcycle died on the spot when he collided with a Volkswagen Amarok truck, which was driven by another 38-year-old man. It happened around 5 in the morning this Sunday on San Cayetano Street at 5,900.

This Saturday morning there was an accident involving another biker of a Guerrero 200 cc that, according to the version of his companion, lost control of his vehicle and died when he hit the ground. It happened around 5 in the morning on the streets 23 and 45 of Colonia Caroya. The ambulance transferred them to the Vicente Agüero Hospital with heavy blows. However, the woman suffered more serious polytrauma, for which she died.

Also on Saturday but at 9 in the morning a Peugeot Boxer and a Citröen C4 collided head-on. The accompanying woman It was this last shot who died from the blows. They are still trying to establish the cause of the accident. Two men aged 23 and 32 were traveling in the utility vehicle, and the fatal victim and another woman at the wheel were in the vehicle. The rest of those involved in the incident suffered injuries of various kinds and were transferred to the Regional Hospital of Villa Santa Rosa.

The accident had occurred on April 23 in that town in Cordoba, but this weekend the young man who starred in that episode lost his life. Ulises Ludueña, 21, was admitted to the Pasteur Hospital in Villa María with serious injuries. The other young man who accompanied Ludueña on the motorcycle, Fernando Perotti, 25, also died in the incident. Witnesses said that the driver lost control of the motorcycle and hit the central cordon of the street.