“Argentina has to defend those who work, produce and bring foreign currency” • Canal C 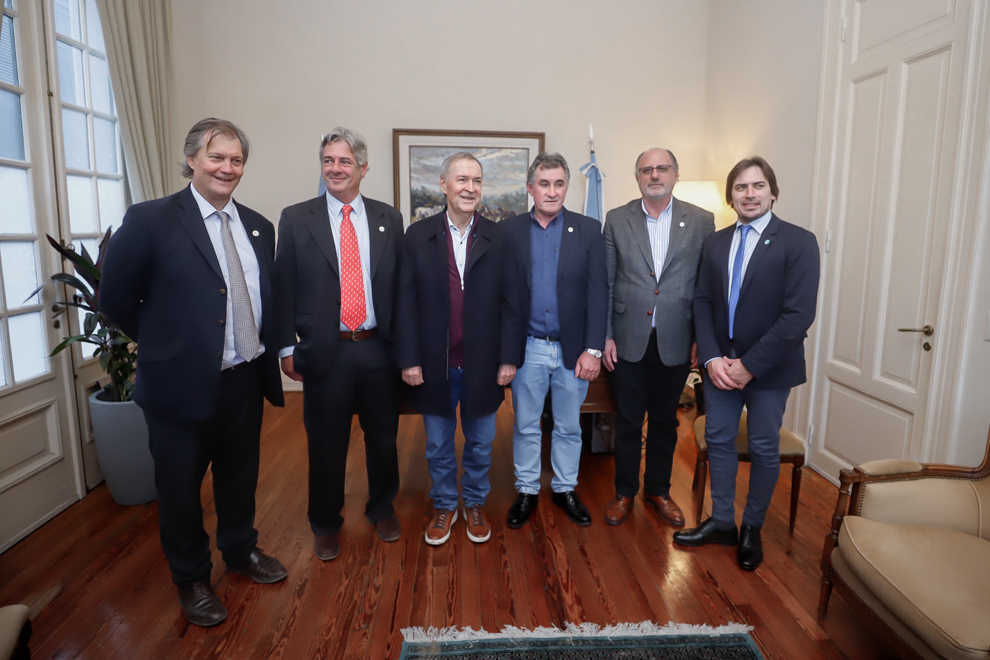 Governor Juan Schiaretti visited this Friday the agro-industrial exhibition organized by the Argentine Rural Society on his property in the Buenos Aires neighborhood of Palermo. In addition to touring the official stand of the Province and talking with the exhibitors, he met with the leaders of the National Liaison Table.

Speaking with journalists, Schiaretti said that “I will always be defending those who produce and those who work” and highlighted that in Córdoba the relationship with agricultural producers “It allows the execution of different programs, from the care of the secondary and tertiary network to good agricultural practices.”

He then mentioned the inauguration, together with the Córdoba Liaison Table, “of an 18-kilometre route that two towns in the productive interior have been waiting for 30 years. And do you know how we’ve done it? Putting a part the provincial State and another part through the contribution for improvements of the producers of that area”.

The governor argued before another query that he is concerned about the economic situation. “I am very concerned about the situation of anxiety that the Argentine people are experiencing; money is not enough, there are difficulties to make ends meet, for those who are salaried, whether they are working in the formal or informal economy”.

He reviewed the impact in different sectors. “There are difficulties for small businesses, especially to replace the merchandise because they do not know if it will arrive and at what price it will arrive and that translates into prices”

In this context, the Cordovan president regretted that “Instead of finding a solution, the Kichnerist government has blamed the agrarian sector as it did last week. Instead of resolving the situation, they deal with attacking those who bring the dollars into the country.”