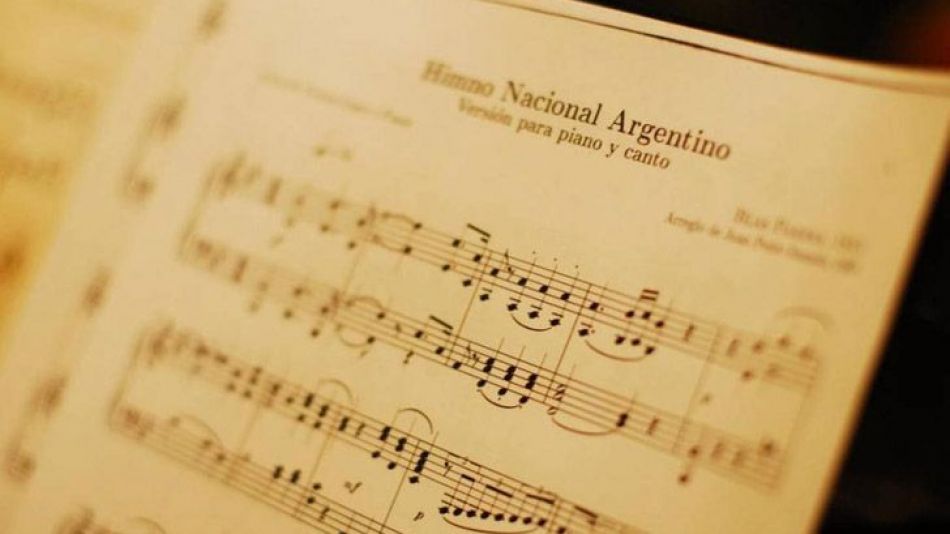 The Day of the Argentine National Anthem is celebrated every May 11 in commemoration of the date on which the Assembly of the XIII year sanctioned as an Anthem the patriotic march that had lyrics by Vicente López and Planes and music by Blas Parera.

A year earlier, on May 24, 1812, López y Planes went to the Casa de la Comedia to see a play in which Blas Parera played the piano. Moved by the music of the last act, the politician and poet waited for the end of the show and went with the musician to write the lyrics that were finally accepted as the National Anthem.

🇦🇷 In 1813, the Assembly of the year XIII sanctioned as the Argentine National Anthem the song composed by Vicente López y Planes and Blas Parera.

🇦🇷 Today, from the capital of the Falkland Islands, we honor our Anthem with this beautiful version of Millacura Sur. #MalvinasNosUne pic.twitter.com/n9tNIKhhHd

The country song was performed for the first time in the house of Mariquita Sánchez de Thompson and it was she who sang the first chords. The date of this historical event varies —depending on the version— between May 14 or 25, 1813.

Eighty-seven years after the creation of the Anthem, in 1900, the then President Julio Argentino Roca decreed that only the first and last quatrain and the choir should be sung. The decision came because phrases like “here the Argentine arm triumphed, here the fierce oppressor of the Homeland bent his proud neck” did not sit well with the Spanish authorities, with whom they tried to improve diplomatic relations. It was only on April 24, 1944 that the official letter was established as we know it today.