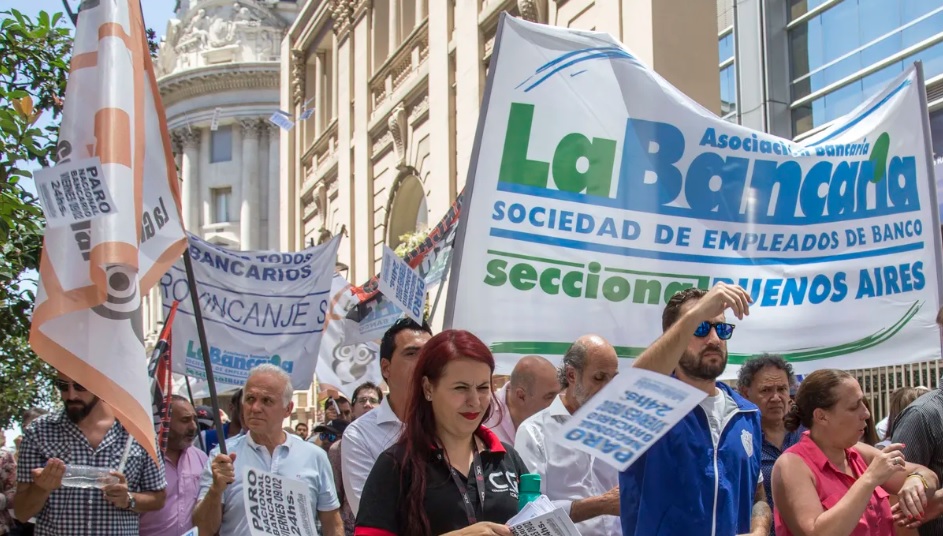 In a statement issued last Wednesday, the Banking Association called for a 60% wage increase with a revision clause in line with the inflationary expectations of the Central Bank of the Argentine Republic. It should be remembered that during past joint negotiations, the Government established increases of 50 to 55 percent, so the request exceeds the proposal.

In addition, they indicated that if they continue without an agreement they will call for protests: they declared a “state of alert and mobilization and have called a meeting of their organic bodies for next week, in order to order pertinent forceful measures before end of April.”

Read more: The BCRA raised the interest rate to 47%

Also this Wednesday, the guild that brings together potters (FOCRA) reached a principle of understanding with the business chambers of the activity: it agreed on a total increase of 54% (which replaced the current 30%) with a first tranche of 24 percent with this month’s salaries to be paid in the first days of May, while the Insurance union agreed to an increase of 46.6% for the first months of the year.

Meanwhile, meetings are expected in the coming weeks to agree on salary increases in the public sector with the participation of the majority unions of the public administration, UPCN and ATE. In principle, the guideline set by the National Government for wage increases is around 55 percent, although there are unions that propose increases above that percentage so that wages beat inflation.

Read more: March inflation was the highest in 20 years

With information from Ámbito and Cba24N