Batakis announced new measures: How does it impact the economy? 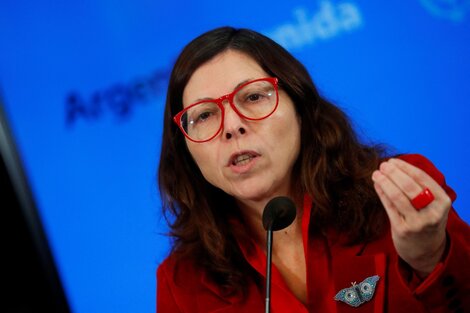 Batakis announced new measures: How does it impact the economy?

The Minister of Economy, Silvina Batakis, announced on Monday a series of measures to put management on track and contain the constant rise in prices and the dollar, which were agreed upon with President Alberto Fernández during a meeting at the Olivos Residence.

Economist Eduardo Olguin spoke about it with Rock and Pop Córdoba. “Follow Guzmán’s guidelines. I calculate that we are going to continue at the same pace and the economy will continue to grow. On Friday, before Guzmán’s resignation, INDEC showed that income distribution had improved”he expressed.

In addition, the specialist stated that “The big bet is inflation and for me the problem is political. If the president stops being so dialogist and decides to get more firm, there are legal instruments to lower inflation as Cristina did at the time.”

“The political discussion is taking place in the economic field and the political is precisely the issue of the number of dollars we have to face the economy. Since we have a dependent economy, the foreign exchange provider imposes conditions. Now there is a race against the How long has the Vaca Muerta gas pipeline been sold”Olguin explained.

And I add: “In Vaca Muerta there are 45 zones, of which 15 are in a position to produce more gas than all of Bolivia together. When the gas pipeline is ready, Argentina will be able to dispense with importing gas and export. With which the lack of dollars would be reduced. a lot. That is the hope but it is to make a political flag because the providers of dollars who are the agrarians do not want this because their power falls.”

Listen to the complete Rock&Pop 93.5 program at www.rockandpopcba.com.ar or through the official “Rock&Pop Cba” App, available on Android and iOS.

The Batakis publication announced new measures: How does it impact the economy? first appeared on Channel C