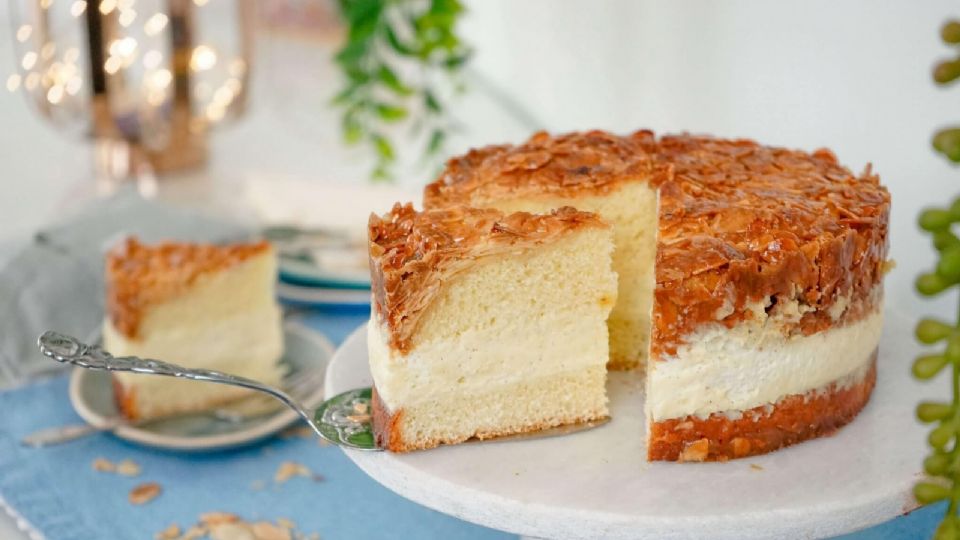 German pastry has gained great fame conquering the palates of millions of people around the world. That is why we bring you one of their best-known desserts, which have a soft filling inside and a crunchy dough that surrounds it, with a covered layer of caramelized almonds.

Now we go to the step by step of this recipe:

1. Mix the yeast with ½ cup of warm milk and ¼ of sugar. When the milk has cooled, empty the content into the blender together with the 300 grams of flour, the egg, the teaspoon of vanilla, the 45 grams of butter and a pinch of salt. This is mixed until it forms a dough.

2.Then, we take this result to another container (which has been brushed with natural oil) and cover it so that this dough inflates. When it has already inflated, it is time to take it to the oven mold (this should already have the oven paper inside and let it rest for another 30 minutes).

3.The preparation of the caramel is done while the dough is finishing inflating in the circular mold for the oven.

4.In a saucepan, heat the unsalted butter with the 50 grams of sugar and the two tablespoons of honey. This is stirred until it boils, that is the signal in which the 100 grams of cut almonds should be emptied.

5.This second mixture is spread in the baking pan (previously heated) and waited up to 30 minutes.

6.In a small saucepan, heat the milk, with the vanilla and half the sugar. In a bowl, place the yolks, cornstarch and the remaining sugar, mix quickly, until combined.

7.Pour part of the hot milk into the bowl with the yolks. Mix, return to the pot and place on the heat. Stir and, when it comes to a boil, cook for 1 minute until the desired texture is obtained.

8.Remove from the heat, transfer the cream to a bowl and cool in a reverse water bath.

9.Once you have lowered the temperature to 30 °C, add the whipped cream to medium point.

10.Let the pastry cream cool, then cut the German dessert in half horizontally and place the filling on it. And we are ready to put our dessert in the fridge for 3 hours. At the end of that time it is ready to be served.