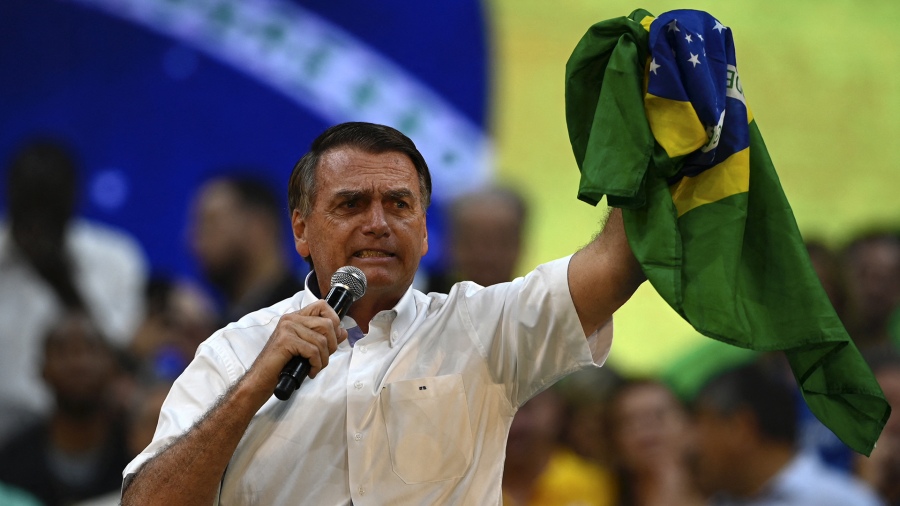 Less than two weeks before the elections in Brazil, President Jair Bolsonaro insinuated this Monday from London not to accept the result of the elections on October 2 in case he does not win with 60% of the votes, in an escalation of more than his threats against the Superior Electoral Tribunal.

Meanwhile, the former president and favorite candidate in the polls, Luiz Inácio Lula da SIlva, gathered in São Paulo the support of five former presidential candidates from past elections and stated that his objective is to add with the goal of winning the first round “to defend democracy and rebuild the country”.

Bolsonaro’s official visit to London for the funeral of Queen Elizabeth II was in an electoral key, with speeches in the streets of the British capital before dozens of followers and an anger with a journalist when she asked if the tour was actually an act of party politics.

For this reason, the campaign of Lula and the right-wing Union Brazil party denounced before the Superior Electoral Court the use of public money to campaign in London, where Bolsonaro said from the balcony of the residence of the Brazilian ambassador that he will win first. return, which is against abortion and what he called “gender ideology” and described the leader of the Workers’ Party (PT) as a “thief”.

The threat in the style of former US President Donald Trump for October 2 was made while speaking in London with the official television network SBT, as part of a state visit.

“If I have less than 60% of the votes, it is because something abnormal happened in the Superior Electoral Court, taking into account the number of people who go to my events and how I am received everywhere I go,” Bolsonaro said in a 35-minute interview with the air channel, granted irregularly by the military dictatorship to the tycoon and entertainer Silvio Santos.

From London, Bolsonaro once again questioned the transparency of the electoral process as he has done since 2021, disdaining the polls that give him a second place behind Lula.