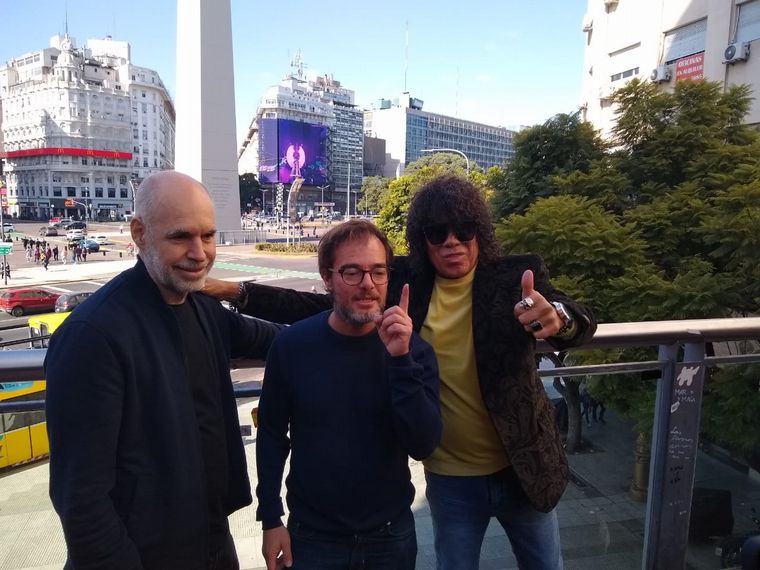 The tribute to “La Mona” Jiménez, which was scheduled to take place next Saturday, May 28 in the Federal Capital, was rescheduled for Sunday 29, starting at 5:00 p.m. This was confirmed to Cadena 3 by the head of the Government of the Autonomous City of Buenos Aires, Horacio Rodríguez Larreta.

After his presentation at the “Bum Bum Festival”, the “big boss” is now preparing for a show at the Obelisk of Buenos Aires, being the first Cordovan artist to achieve that milestone.

Read more: La Mona made history again: all about the Bum Bum Festival

“La Mona” spoke with Cadena 3 and was very excited about his 55-year career in music: “Very exciting things are happening for me, I never imagined it. I am very happy, the last show I did was during Julio Bocca’s farewell with more than 200 thousand people”.

And he continued: “I am very grateful for this recognition of my career.” Jiménez assured that his show will have the participation of other artists, which will be confirmed closer to the date.

The Cordovan artist explained that the concert on May 29 will be held early “so that people can return to work in their respective provinces on Monday. I would love for the whole country to come, they are all invited”, concluded “La Mona”.