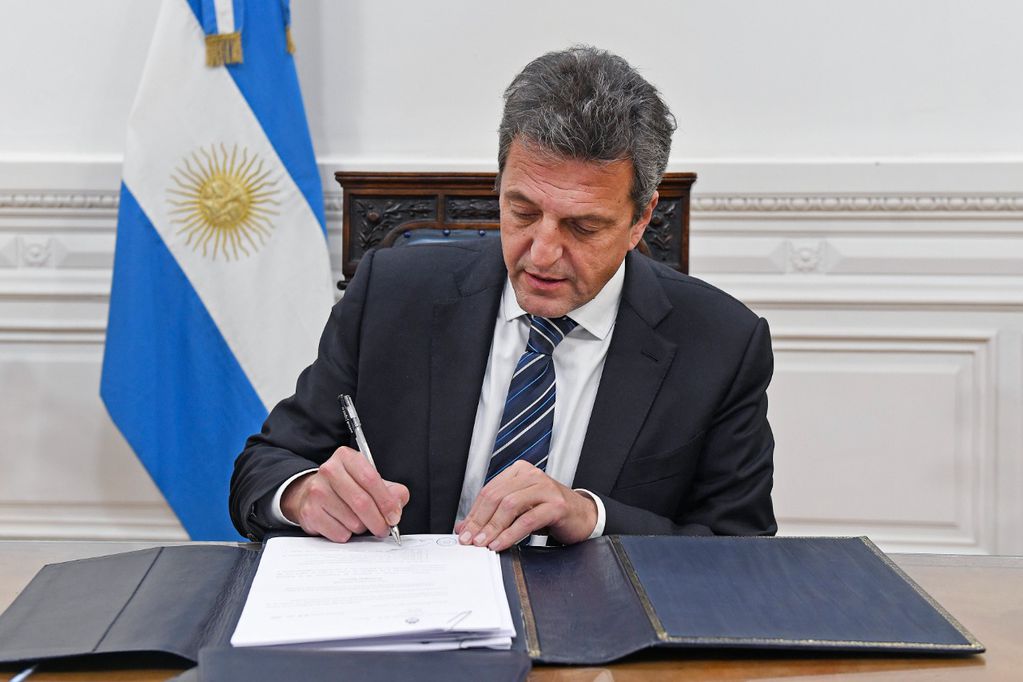 The resignation of Silvina Batakis

The Economy Minister arrived in the country on Thursday after her tour of the United States, where she met with the head of the International Monetary Fund, Kristalina Georgieva, the US Treasury Secretary, as well as investment groups and businessmen.

As soon as he arrived in Argentina, Batakis presented his resignation at the Casa Rosada. They have already confirmed that the former Minister will continue in the Government as owner of the National Bank.

On Thursday afternoon, a special statement from the Casa Rosada confirmed that President Alberto Fernández decided to reorganize the economic areas of his cabinet for better functioning, coordination and management.

In this sense, the Ministries of Economy, Productive Development and Agriculture, Livestock and Fisheries will be unified, also including relations with international, bilateral and multilateral credit organizations. Therefore Sergio Massa, current president of the Chamber of Deputies, will be in charge of the Ministry of Economy, Agronomy and Production.

Massa should leave his place as deputy of the Nation to assume the position of minister. Therefore, on Wednesday in the Chamber of Deputies, his resignation must be voted on. It is rumored that Cecilia Moreau could eventually take her place in the lower house.

On the other hand, they canceled the press conference scheduled for Thursday, July 28, by Gabriela Cerruti.

This Thursday, in the midst of the redesign of the national Cabinet, Gustavo Beliz presented his resignation from the position of Secretary of Strategic Affairs. A few hours later it was confirmed that Mercedes Marcó del Pont, until now head of the AFIP, will be his replacement.

In turn, the place of Marcó del Pont at the head of the Federal Administration of Public Revenues will come Charles Castagnetowho until today served as General Director of Social Security Resources within AFIP.

Daniel Scioli will return to the embassy in Brazil

“At the request of President Alberto Fernández, Daniel Scioli will return to the Argentine embassy in Brazil where he did an excellent job. The president deeply thanks you for being present in the cabinet when he was summoned,” a Casa Rosada statement reported.

The former provincial president left that diplomatic post in the middle of last month, when he was summoned to take charge of the productive portfolio after the abrupt departure of Matías Kulfas, who resigned amid clashes with Vice President Cristina Kirchner.