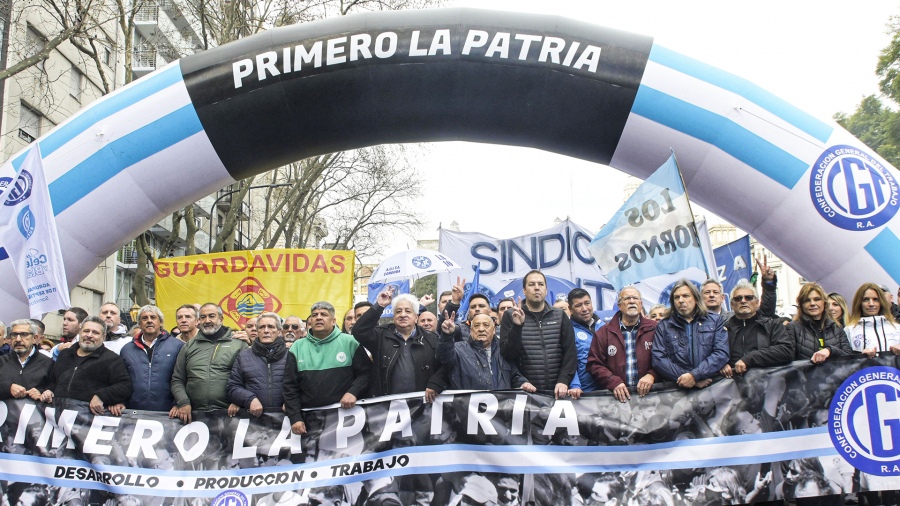 The CGT, the CTA, other union spaces and various social movements mobilized massively this Wednesday towards the Plaza de los Dos Congresos, in Cuernos Aires, rejecting “speculation and price makers”, while demanding “a new social contract”.

The workers, among them militants of the Federal Workers Current (CFT) and the Trade Union Front for the National Model (Fresimona), were preceded by CGT co-owners Héctor Daer, Carlos Acuña and Pablo Moyano, and leaders such as Sergio Romero and Omar Plaini , carrying a flag with the motto “Primero la Patria”.

After the mobilization, Daer said in a press conference that “all social actors with responsibilities must find a joint solution” to the country’s problems, instead of “the one sought by the sectors of economic concentration, which would only impoverish the people.” .

Facundo Moyano, former national deputy and deputy of the toll union (Sutpa), said that the march targeted those who “form the prices”; he pointed out that inflation is “an evil that erodes the pockets of those who have the least” and demanded more state control.

Daer assured that the CGT took to the streets “in defense of wages and rights”, and argued that only united “will it be possible to face the crisis”, which ratified the document released by the workers’ union, which demanded “a new social contract “.

All the CET unions participated together with Hugo Yasky’s CTA and the social movements in the massive and noisy mobilization and demanded “the construction of a solid and prolonged platform of national agreement.”