charged the driver who rammed a municipal employee • Channel C 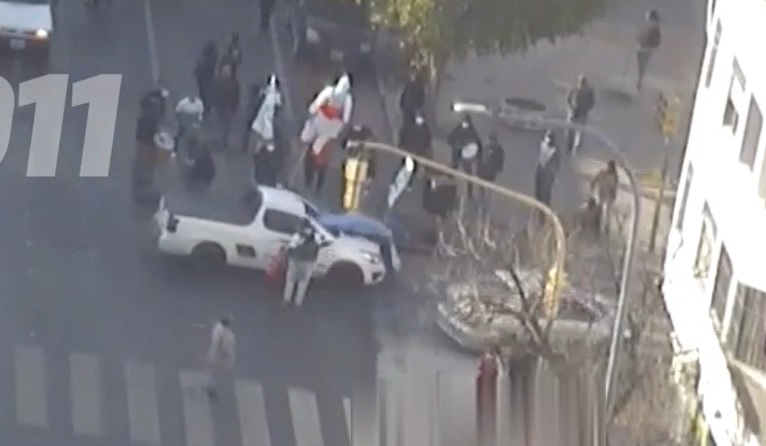 During the demonstration on Thursday by the SUOEM, a driver carried a municipal employee on the hood of his truck for a few meters who was preventing the subject from moving. The security cameras of the Police captured the moment when, despite the attempt to flood the passage, the vehicle advances the same.

There were crossed versions, since at one point it was said that the protester would have thrown himself on the car to “pretend”. However, in the audiovisual material it is shown that the episode did not happen that way.

Read more: Daniel Passerini: “Nothing is resolved on the street”

Now, the prosecutor Guillermo González charged the driver of the vehicle, whose name did not come out, for the crime of intentional minor injuries. He remains free.

The municipal employee, meanwhile, has a minor injury to the knee. At the time of the incident, the man was transferred to the Emergency Hospital, where he was treated and after he was discharged in a wheelchair, he resumed the claim on the streets.