“Clarín and the prosecutors must stop watching Netflix” • Canal C 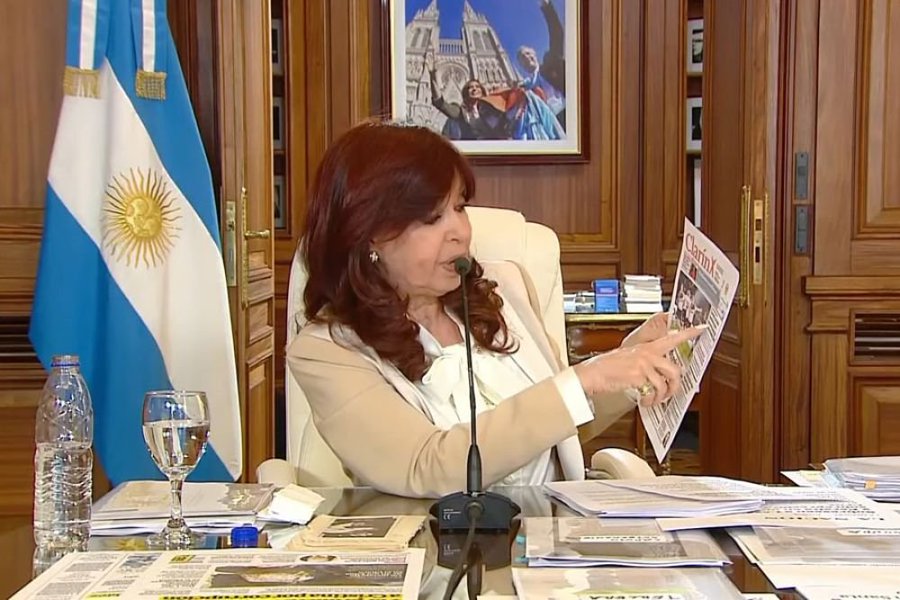 Vice President Cristina Fernández de Kirchner did it again: she published controversial tweets alluding to the accusation against her. She stated that the Clarín newspaper and the prosecutors in the Vialidad case, Diego Luciani and Sergio Mola, should “stop watching Netflix” and urged them to read the books on criminal law and process, which “do not bite.”

“‘Three tons of evidence’: Clarín and prosecutors Luciani and Mola must stop watching Netflix. Grab the Constitution, administrative law books and the criminal and procedural code, which do not bite,” he posted this morning on his Twitter account the vice president.

“Three tons of evidence”: Clarín and prosecutors Luciani and Mola must stop watching Netflix. Grab the Constitution, the administrative law books and the criminal and procedural code, they don’t bite. pic.twitter.com/m5t6JreTpG

The publication was accompanied by a posting of a Clarín headline from July 30 that read “Highway: the prosecutor begins his argument on Monday based on three tons of evidence that complicates Cristina Kirchner” and the poster of a Netflix series titled ” 3 tons”, which recounts an assault on the largest bank in Brazil.

Yesterday the former president exercised her “right to defense” on her YouTube channel after Federal Oral Court 2 denied her the possibility of expanding her investigative statement in the framework of the debate.

In his one-hour and 40-minute presentation, Fernández de Kirchner assured that “Peronism and the popular governments” are being prosecuted in the oral process of the cause called Vialidad, in which, he reaffirmed, “nothing was proven” of what prosecutors Luciani and Mola said.