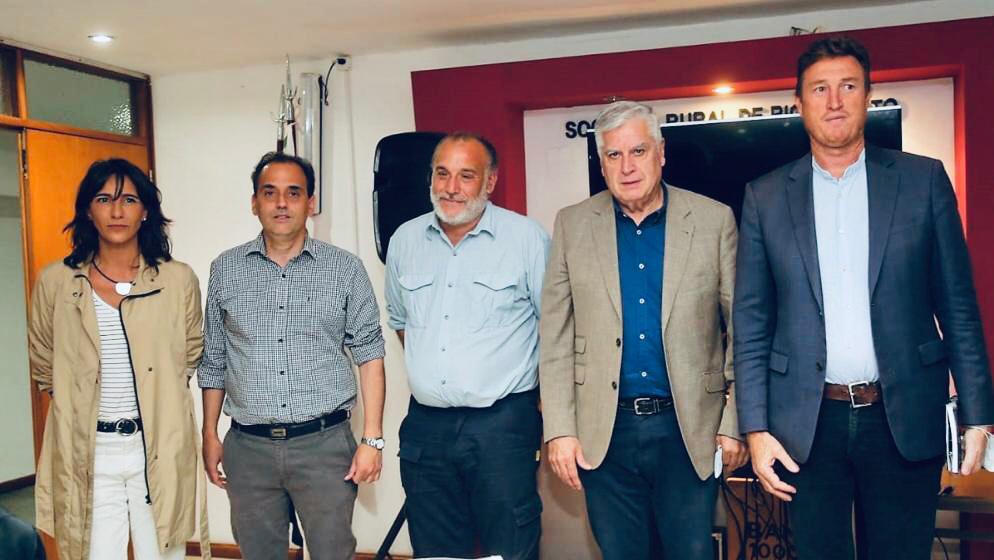 The national deputies of the Federal Córdoba Block, Carlos Gutiérrez, Ignacio García Aresca and Natalia De la Sota, met this Wednesday with directors of the Rural Society of Río Cuarto to discuss the bill for the Gradual Elimination of Withholdings on Exports and Development of Productive Federalism in Argentina, presented days ago in Deputies. This was the first of a series of meetings with representatives of the sector that the schiarettista legislators will hold with rural entities throughout the province.

The Federal Córdoba initiative establishes a scheme for the annual reduction of export duties until reaching zero aliquot for agro-industrial production and whose purpose is to contribute to the development of productive federalism, reduce tax pressure, provide certainty to export activities and establish effective incentives for the formalization of the economy.

In the meeting, in addition, the concern of the agricultural sector arose due to the lack of diesel at the start of the grain harvest, affecting a large part of the productive region, especially Córdoba. In this framework, the deputies of Córdoba Federal reported that they presented a draft resolution to summon the Secretary of Energy of the Nation, Darío Martínez, to the Chamber to explain what policies will be developed “urgently” for the supply of energy to the productive structure, in particular on the situation that Córdoba is going through. The project for the Córdoba Federal block was raised at the end of last week before the conflict due to lack of fuel that triggered a protest by carriers intensified.