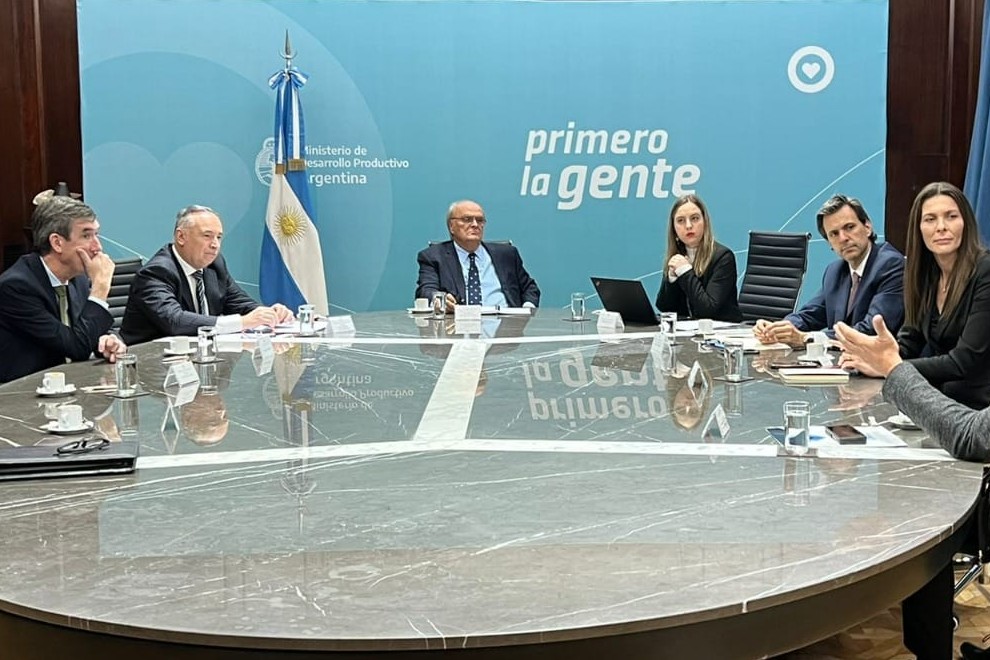 On his second day of work in Buenos Aires, the Minister of Industry, Commerce and Mining, Eduardo Accastello, accompanied the industrial sectors of Córdoba during meetings with authorities from the Central Bank, the Ministry of Industry and Productive Development of the National Government and the Investment and Foreign Trade Bank -BICE-, in order to facilitate the generation of the corresponding dialogue spaces.

In the first instance, the Córdoba delegation held a meeting with the Vice President and General Manager of the Central Bank, Sergio Adrián Woyecheszen and Agustín Torcassi; respectively, to whom the existing problem in the industry of Córdoba to supply itself with imported inputs for production in the face of the difficulties generated by the conditions of payments abroad and the need to generate a sectoral priority scheme to sustain production and the job.

Then, Minister Eduardo Accastello, accompanied by the provincial delegation, met with the Secretary of Industry and Productive Development of the Nation, José Ignacio by Mendigurenin order to also raise the situation of the importation of inputs for production.

As a result, a connection channel was reached with said Secretariat and it was requested to have the same instance with the Secretary of Commerce. Likewise, it was urged to seek concrete solutions to the import problems of the Cordovan industrial sectors, prioritizing them and establishing agile mechanisms to sustain the activity and promote exports.

Finally, the provincial delegation chaired by the Minister of Industry, Commerce and Mining, held a meeting with the President and Vice President of BICE, Mariano De Miguel and Raquel Kismer; respectively.

At the meeting, different alternatives were discussed to generate support mechanisms to guarantee the financing of imports for SMEs in Córdoba and advance in financing options for exports of capital goods with agile mechanisms for industries.