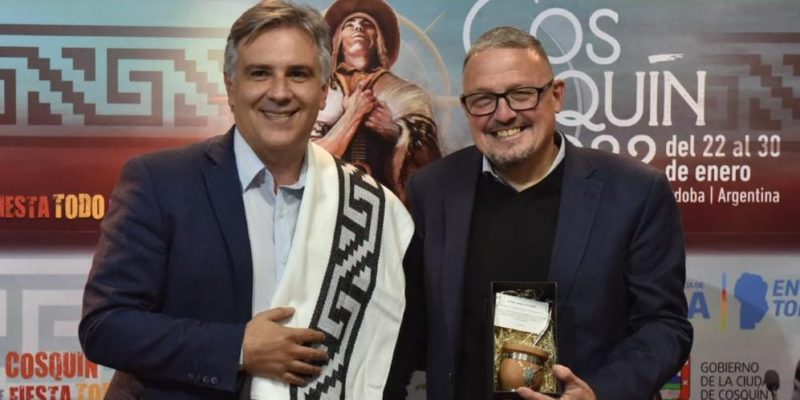 The city of Córdoba will be one of the venues for the Pre-Cosquín, the national contest that seeks new values ​​of national folklore in music and dance. The novelty was announced in the framework of a meeting in which both community leaders signed a collaboration framework agreement to promote the development of joint projects.

“Córdoba could not be left out of hosting the Pre-Cosquín, with the number of folklorists, dance schools, and groups that our city has,” declared Llaryora.

In the same sense, Musso expressed: “It is a real joy, when we started the administration there were 23 offices and today there are 80, in what is a true example of federalism.”

The Pre Cosquín 2023 confirmed that the 51st edition will be from December 26 to 29 and from January 3 to 18 at Plaza Próspero Molina.

For our culture! Since #Cosquinnational capital of folklore, I want to tell you that #Cordoba capital It will be one of the Pre Cosquín venues. Our city could not be left out of this great event that seeks new values ​​of Argentine music and dance.@AquiCosquinOk pic.twitter.com/hZ0tKY5ntd