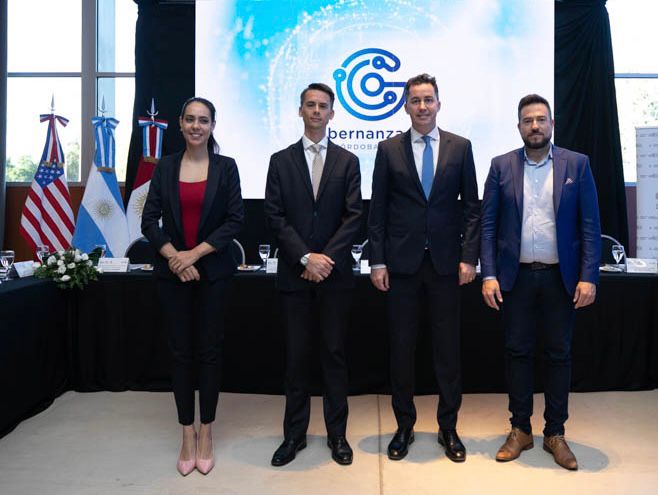 Deputy Governor Manuel Calvo headed the Digital Governance work table, an activity carried out within the framework of the “Governance 4.0” program of the United States Department of State, which has a public diplomacy fund, executed in Argentina by the NGO Governance.

There Calvo spoke about the policies promoted by the Government of Córdoba to strengthen the digital strategy and facilitate access to technology for citizens, with the aim of promoting the development of the Knowledge Industry.

“The main milestone that started this process was the sanction in our province of the law that declared software as an industry. Today, over time, the knowledge industry in Córdoba has around 2,700 companies, has already generated more than 46,000 jobs and we have a projection that it will reach around 85 thousand jobs by the year 2030”, said the lieutenant governor.

In addition, the deputy governor referred to the provincial government’s decision to promote productive development in the province, with a long-term strategic view. “Our government generates permanent dialogue with all the productive sectors of our province, for the development of an infrastructure and a matrix that continues to place Córdoba at the forefront of Argentina,” he said.

What is Digital Governance about?

Digital Governance is a public diplomacy program, which encourages entities and organizations to finance those projects of subnational governments, interested in the inclusion of technologies in the scope of their administrations.

The initiative addresses the use of digital technologies to improve forms of government, the delivery of public services and facilitate interactions between government and citizen.