Cover yourself! The new video of Moria Casán showing herself in a bikini 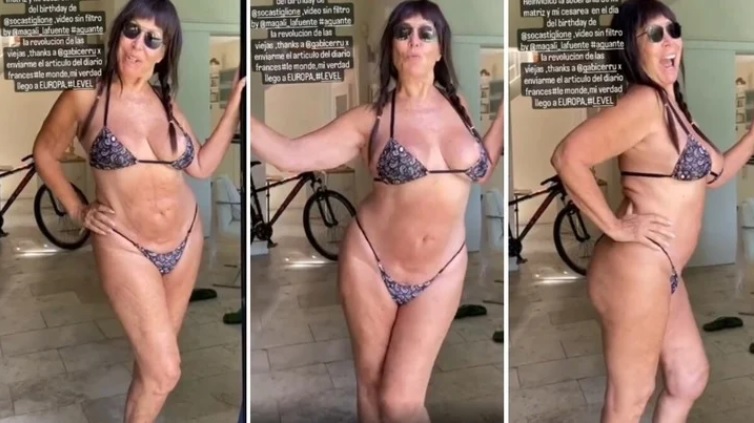 Moria Casán was shown again on social networks wearing a micro bathing suit to defend herself against criticism and ridicule that arose days ago as a result of a tweet published by a hater: “Moria Casán please cover yourself ma’am, disgusting for God” the user Cecilia Morales had written, along with vomit face emojis.

The response of Internet users was immediate and absolute repudiation of such an expression of hate. But the 76-year-old former vedette also echoed the episode and at the time she responded with a series of tweets, in which she proudly recounted that she was on Bristol beach and that her bikini is an original Moschino .

Now the capocomic He shared a new video on his social networks in which he showed himself free and sure of himself: “I claim the sovereignty of my womb and my cesarean section on Sofía Gala’s Birthday. Video without filter by @magali_lafuente. Hold on to the revolution of the old women, thanks to @gabicerru for sending me the article from the French newspaper #LeMonde my truth came to EUROPE #LEVEL”.

Even the French newspaper Le Monde published the news with the title “The revolution of the old”.