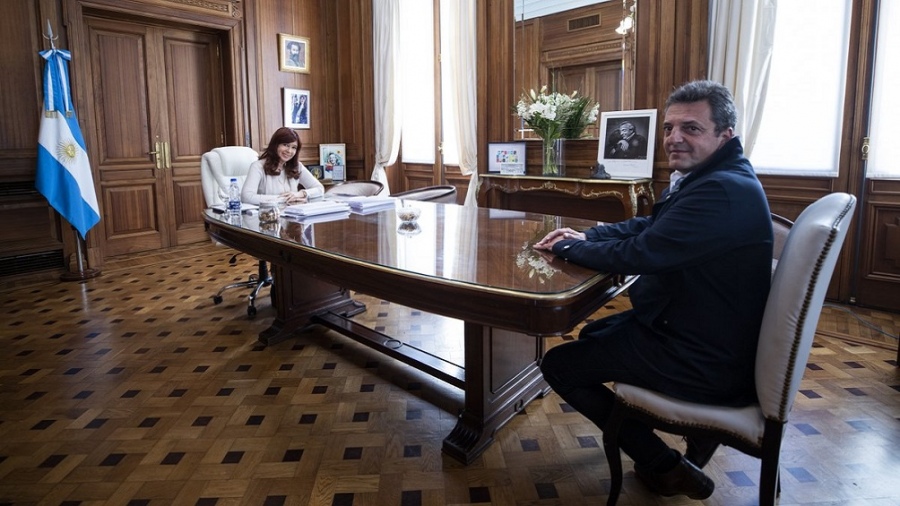 The Vice President of the Nation, Cristina Fernández de Kirchner, held a meeting on Monday with the designated Minister of Economy, Production and Agriculture, Sergio Massa, in her office in the Chamber of Senators.

The president of the Senate Cristina Fernández de Kirchner today received the president of the Chamber of Deputies Sergio Massa, who will take office on Wednesday as the Nation’s Minister of Economy, Production and Agriculture. pic.twitter.com/L41NcB6zcz

Massa will assume this Wednesday as minister of the Government of Alberto Fernández, while today he will make his resignation official from the Chamber of Deputies that he also presided over. The ownership of the Lower House will remain for Cecilia Moreau, from Buenos Aires, while Massa’s bench will be occupied by Juan Marino.

During the day this Monday, the future minister announced who his collaborators will be in the economic area. Massa announced the continuity of Raúl Rigo as Secretary of the Treasury and Eduardo Setti as Secretary of Finance, and the arrival of Daniel Marx, as adviser on debt issues.