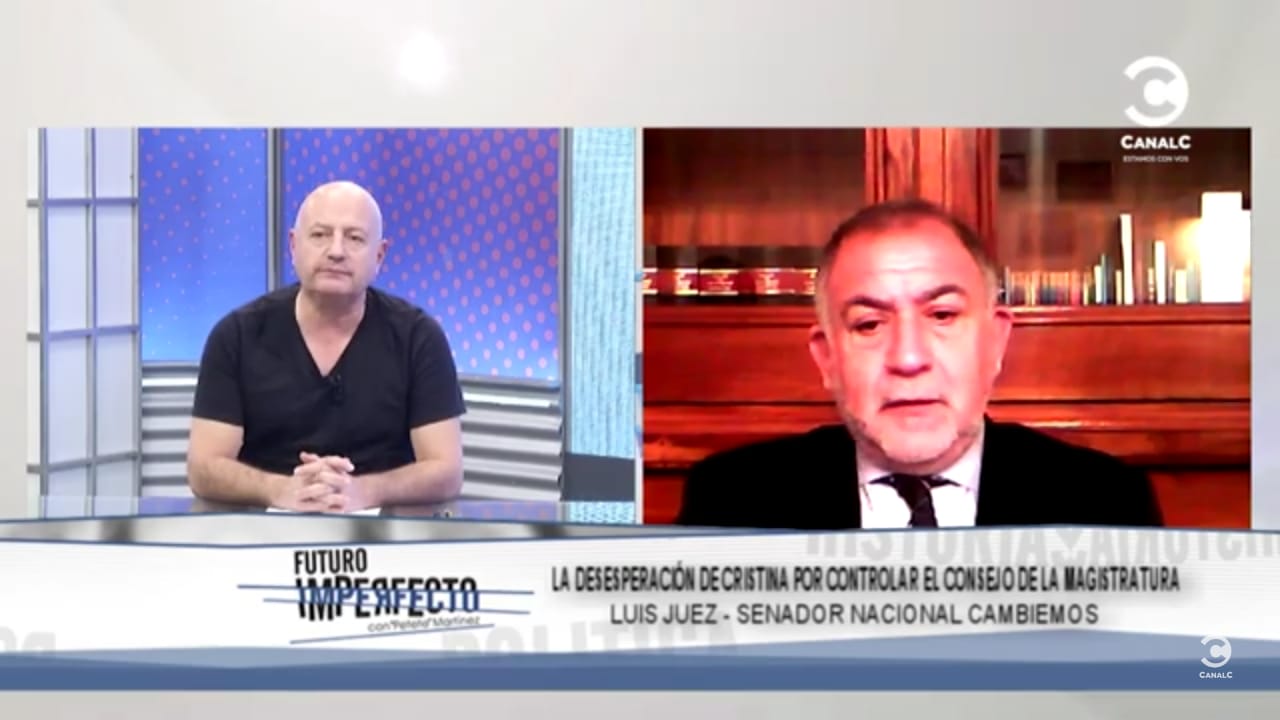 The national senator from Córdoba, Luis Juez, denounced the vice president Cristina Fernández de Kirchner for the division of the ruling bloc that gave the Frente de Todos one more official in the Council of the Judiciary. In dialogue with Imperfect future He explained how the events occurred and strongly criticized the president.

“130 days ago the Supreme Court of Justice decreed the unconstitutionality of a law, whose authorship was Cristina and that in 2006 modified the council of the magistracy. It gave the legislature 120 days to put together a new council of the magistracy. Just in In recent days, Kirchnerism began to move and got half a sanction in the Deputies to modify that law. They could have worked to get a law out, but as the term expired, Cristina arbitrarily divided the Senators’ Bloc, “explained Judge

As a result of this, the Frente de Todos is considered the first and third minority within the Council of the Judiciary, which the Judge called “a filthy hoax.”

The Deputy assured that this is a move by the vice president to keep the management of the judges and prosecutors of Argentina and thus guarantee immunity for tomorrow.