Cuarta Luna: with room for the new songbook but without leaving behind the traditional 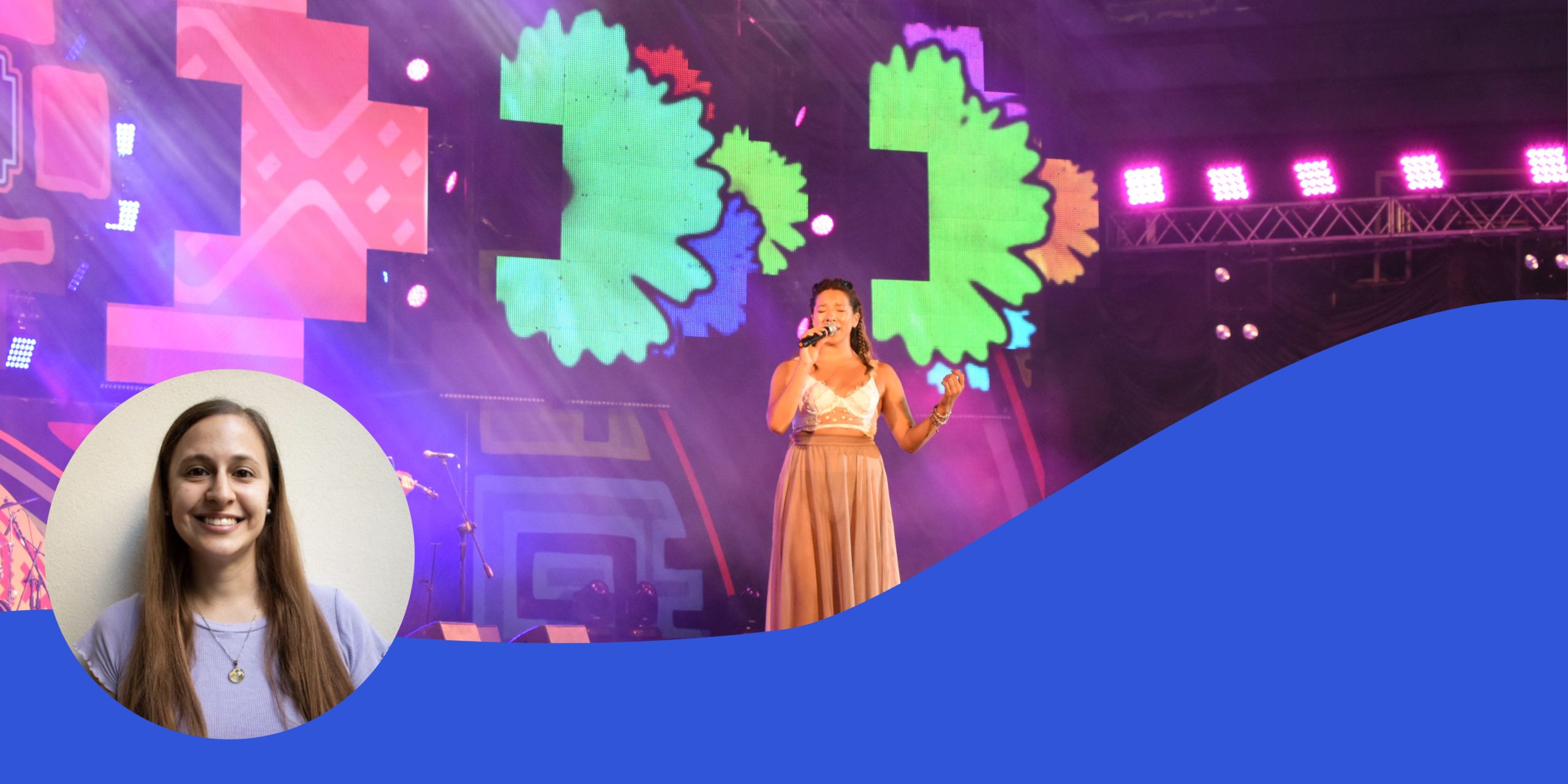 In the opening, a different choreography of the “Hymn to Cosquín” was present on the “Atahualpa Yupanqui” stage. The ballet walk presented a new painting called “Earth that beats” in a well-deserved tribute to the Santiago JUAN SAAVEDRA, one of the greatest dancers of our folklore. This exciting setting was also accompanied by a reversal of the cat “The dancer of the mountains” of Peteco Carabajal and had the partition of Saavedra himself who continues to dazzle with his removals.

Tuesday night opened with a luxury presentation: LITO VITALEcomposer and multi-instrumentalist -on this occasion at the piano- and LUIS SALINASa nationally and internationally renowned guitarist, toured part of the album they recorded together, “From the soul” (2022), and in which they remake traditional pieces of folklore and tango. They just opened with the chords of the traditional waltz that gives their material its name and continued -among others- La Pomeña, Malena, A Monteros –zamba in which he joined in hype John Salinasson of Luis- a sweet and heartfelt interpretation of Zamba not to die -to which Luis also added his voice- and which had its continuity in Alfonsina and the sea, a theme that his son sang and accompanied with the bass. Meanwhile, the public followed her chords with respect and admiration, giving back with applause and shouting bravo! each installment of this intimate proposal. For their part, the artists were happy on stage and appreciated the silence and listening. This good climate had one of its best moments when playing Zamba of my hope Salinas proposed, “Let’s see if they sing with us” and immediately the square raised its voice.

The time has come HORACIO BANEGASwho achieved an interesting mixture between the traditional landscape of his beloved Santiago and the marked presence of basses and drums in a songbook that began with Santiago is a town that sings and it grew -along with the fervor of the public- until it ended in an epic interpretation of the quenero in which the drummer -if I may- “he rocked it hard.” The halls of the Próspero Molina were filled with dancers.

After midnight he made his debut at the festival CAROLINA PELERITTI, who for more than a decade has been fully devoted to music. The artist accompanied by her guitarist, Diego Rolón, and her percussionist, Amilcar Ávalos (son of Adolfo Ávalos) after opening with Chaya of loneliness Y The chacarera of the Chilalo, thanked with visible joy the invitation to the biggest stage of folklore. As the themes with deep traditional roots followed one another, Peleritti captivated the public. He gave an emotional interpretation of Reason to live my life with which he remembered his friend Victor Heredia on his birthday; to then present a song of their own authorship -both in lyrics and music- Flutterwhich gives its name to his first record material (2021) and seeking the complicity of the square, he told them: “Last night I dreamed that you accompanied me to sing the chorus” And the dream came true! Carolina Peleritti, for me, a pleasant surprise, a new talent that comes with a lot of work and respect for the genre.

Later the renowned artist from Jujuy arrived BRUNO ARIAS, who started the show with his song eternal laughter to whose interpretation he added a striking artistic intervention that combined dance and painting and then walked through his repertoire of his own and foreign classics with the accompaniment of the public. Before saying goodbye to him, he generously invited under 23 folklore “because you have to give the stage to young people” -said Bruno- to pay homage together to Leon Gieco, I only ask God.

More feminine presence on Atahualpa Yupanqui with the arrival of MARIA FERNANDA JUAREZ Y MILENA SALMANCA. MARIA FERNANDA he took the stage with the happiness and responsibility of presenting a new material when they dance (2023) and for the surprise to be greater, he invited pachi herrera to interpret Warmi Tusuy, a little dance that belongs to the charanguista and that they also do together on the album. for his part MILENA He shared his songbook giving a special place to dance -since he even joined in at one point the performance made by his dancers- and a message “for all women forced to face episodes of micro-violence on a daily basis” and then it began to play: My government.

THE ALONSITS They joined in with their traditional selection of chamamés and coastal music that brings a party to a square that did not hesitate to sing, dance and get on with sapucai when Ariel Báez brought the microphone closer to them. A closure to pure papers!

It is the turn of the most beloved duo in folklore. Appear “The Coplanacú” on stage opening with “La flor azul”. Refucillos were already visible in the sky and the rain was about to fall. The sellers of pilotines begin to be glimpsed and some spectators buying or putting on rain jackets. Others didn’t care about the storm and had already appropriated the corridors of the square to dance. Finally the rain makes its presence felt, but the audience doesn’t leave and the duo doesn’t let up either. Julio Paz had brought 3 bass drums “just in case” he said jokingly -remembering that the previous year his bass drum had broken as soon as the show started- indicating that the night was not going to end there. There was no shortage of classics like “Pampa del Chañar” and “Mientras bailas”. This duo from Santiago is more in force than ever and the rain does not diminish the desire of its people to enjoy them.

The fourth moon was a bet to combine different ways of enjoying folk music. From the tranquility of Vitale & Salinas to women who are beginning to appropriate a place on stage like Milena Salamanca and Carolina Peleritti, chattering with Horacio Banegas and closing with “Los Copla” that ignites the public that follows them from the clubs in the university canteen.