Cultural events for the next few days in Córdoba • Channel C 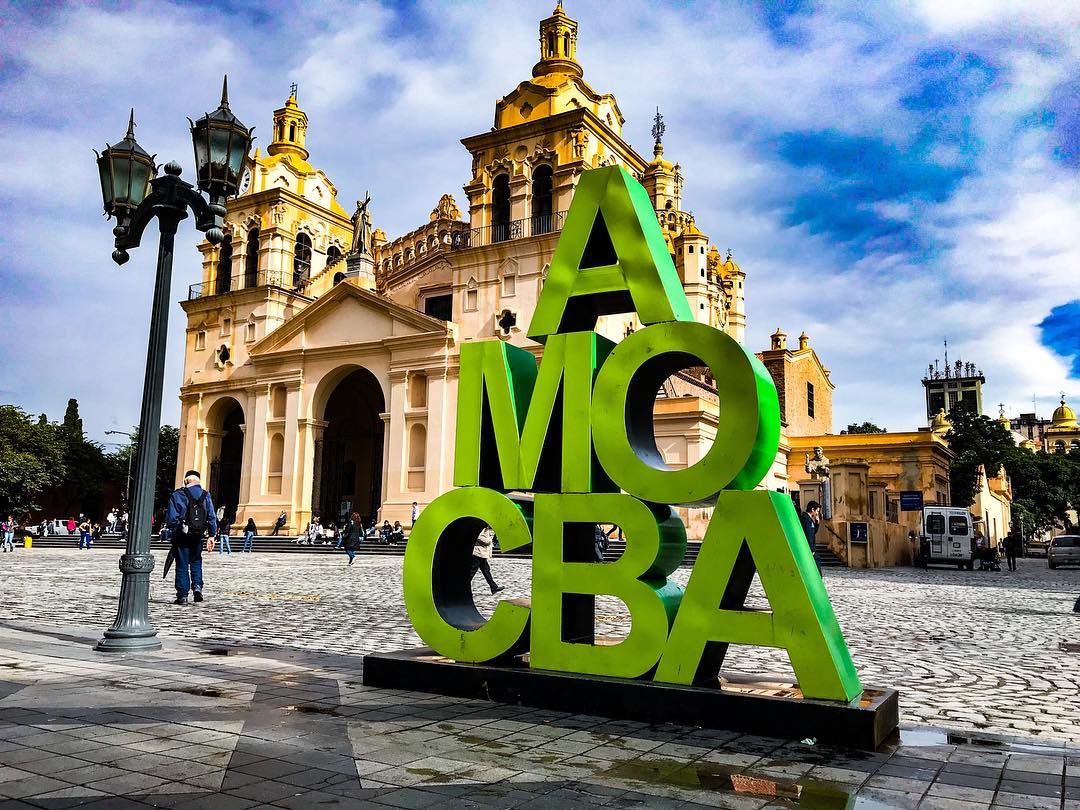 At the beginning of a new week in June, a large grid of shows proposed by the Córdoba Cultura Agency is presented. Some activities are free and open access, and can also be enjoyed in person and virtual format.

Look at the programming:

Traveling exhibition of paintings, sculptures and prints of Australian indigenous art organized by the Australian Embassy in Buenos Aires, COALAR (Australian Council for Relations with Latin America), COOEE Art Gallery and production company 2Levels. In the 1970s, one of the most exciting and transcendental chapters in the artistic history of that country originated in Australia. Since then, contemporary indigenous art has continuously developed and expanded. It includes an ever-growing group of artists, communities, and art styles that vary by region. This show is the first of its kind and sets out to showcase the dynamic and varied force of Indigenous Australian art in Central and South America. Curator Clay D’Paula. Free and free entry.

The mysterious and wealthy Ana (Marjorie Estiano) hires Clara (Isabel Zuaa), a lonely nurse who lives on the outskirts of São Paulo, to be the nanny for her unborn child. As the pregnancy progresses, Ana begins to exhibit increasingly strange behaviors and sinister nocturnal habits that directly affect Clara. Free and free entry.

Steve Butler (Matt Damon), an executive of a large company, arrives in a town with a co-worker (Frances McDormand) to buy the drilling rights from the landowners, almost all of whom are ranchers. In that town, devastated by the economic crisis of recent years, Steve will try to convince people of the benefits of drilling their land, but he will also have the opportunity to reconsider what his life has been like up to that moment. Free and free entry.

She trained in alternative spaces, participating in workshops and clinics for photographic analysis and production. She made solo shows and participated in fairs and collective exhibitions. His works are part of private collections and were finalists in numerous salons such as the Itaú Prize (2020), the National Endowment for the Arts Salon (2019), the National Visual Arts Salon (2019, 2021) and the Fortabat Collection Award. (2021), among others.

Celebration of the 80th Anniversary of the Historical Archive of Córdoba, within the framework of the second meeting of the State Archives Council (CoFAE). Free and free entry.

At 17. BIGAI II tells you: A citizen from her workshop. Some readings on the graphic production of Aída Carballo. Emilio Caraffa Museum – Av. Poeta Lugones 411

Cycle of talks about the ways of producing engraving and printed art. On this occasion, Lucía Laumann, PhD student in History and master’s student in Argentine and Latin American Art History (IDAES-UNSAM) who investigates graphic production and the trajectories of Argentine printmakers in the 20th century, will talk about some graphic works by Carballo, an artist honored by BIGAI 2022, which account for different moments of his career. There will be a tour of some of her prints from a feminist perspective of art history where the city, its students and its social commitment play a key role. Free and free entry.

Following the death of their friend, two girls in their 30s embark on a road trip to scatter his ashes. They take turns driving, and Dan is stored in the glove compartment, in a tupperware, and he gets smaller as the trip progresses. Free and free entry.

At 9:00 p.m. Mini recital of Youth for Art and Culture – Civil Association

The Singing at School project is carried out by María Alejandra Macía (singer and music teacher) and Pedro “Cacho” Piña (composer and musician). And it is destined to recover the habit lost by teachers and students of singing, in the school environment, traditional national songs, children’s songs and own authorship. On this occasion the songs will be presented: Song against child labor (round quartet) with the participation of students from rural schools and “children who live in brick ovens”; Song to the flag of Córdoba, a ballad composed to honor the local flag and A Juan Bautista Bustos, a work with the air of malambo composed in honor of the highest provincial hero.

At 16. Conference: Processes and challenges of the General Archive of the Nation. Córdoba Cultural Center – Av. Poeta Lugones 401

Conference by the Director of the General Archive of the Nation Pablo Fontdevila and representatives of the institution in the framework of the second meeting of the State Archives Council (CoFAE). Free and free entry.

At 19. Not even oblivion. Emilio Caraffa Museum – Av. Poeta Lugones 411

Presentation of the second publication of poetry by Francisco D’Intino with the presence of the author and Graciela Di Bussolo who will present the book published by Narvaja Editora. Free and free entry.

The Municipal Citizen Music Ensemble was established in 2004 with the purpose of representing a universal genre such as tango. The city of Córdoba made its contribution to this movement at the hands of composers such as Edmundo Cartos, Cristino Tapia, Ciriaco Ortiz, Zenobio Gómez, Valeriano Reina, Julio Morcillo, among others. The purpose of the Ensemble is not only to recreate tango classics, but also to rescue unknown compositions and add current pieces as a way of keeping this genre alive and dynamic. It was the teacher José Mattia, who had the initiative to conform it and promote it for its officialization. Subsequently, the formation of the Ensemble evolved, until it reached its current design, clearly cut “Greliano” or “Troileano”, under the direction of Gustavo Gancedo. Its members made the foundational commitment to continue with the task of disseminating citizen music, one of the most prolific genres of Argentine music. Free and free entry.

The Córdoba Symphony Orchestra and the Córdoba Polyphonic Choir, with general direction by Jongwhi Vakh, perform Requiem Mass by Wolfgang Amadeus Mozart, a work for orchestra, choir and solo voices (soprano, contralto, tenor and bass). Tickets from 500 pesos through the Autoentrada.com site or at the theater box office. Repeat on Saturday 25 at 20.

“Y una de coco” is an interdisciplinary project from Córdoba made up of the poet Camila García Reyna and the musician Uva Aimé who have been seeking, since their birth, the mixture between poetry and music; his repertoire is made up of original productions, based on poems subsequently set to music and accompanied vocally and instrumentally. Orality, manifested from the recitation and the sung voice, becomes fundamental, intertwining in poems, songs and different manifestations located specifically at that intersection. General admission 600 pesos.

Caro de la Torre presents a repertoire that reflects the mixture of the styles with which he was artistically trained in the style that he achieved in years of searching with a firm base in popular music.

Activity organized by the Consulate of India and the Permanent Yoga Forum that brings together all Yoga Schools with the House of Friendship Argentina India, the Consular Corps of Córdoba and the Córdoba Culture Agency. Every 20 minutes the different Yoga Schools will demonstrate their teachings and techniques for children, adults, athletes, people with disabilities and the elderly. These practical classes may be followed by the general public, so it is requested that each person bring their mat. There will also be, simultaneously, talks with professionals on adjustments and alignments of yoga postures, on Ayurveda medicine, on the life and work of the great yoga masters; There will also be book presentations and other theoretical samples. Free and free entry.

Andrea Hidalgo (voice and accessories) and Guillermo Villanueva (guitars, bass and arrangements) make up a duo that seeks a variety of contemporary composers in order to achieve their own identity in the duo’s sound. This makes it permeable to contributions from other musicians on different occasions. The Rule Three concept implies “less is more”; from mathematics in music enables the inclusion of contributions that enrich the proposal by constantly feeding back musical possibilities.

The series of outdoor piano concerts aims to encourage the meeting of classical and popular music. The instrument with its characteristic keys is installed in one of the corners of the Paseo del Buen Pastor so that passersby who pass by can play it and share its music with the rest. Free and free entry.

At 20. The big apple. Theater of the Liberator San Martin – Vélez Sarsfield 365

The Córdoba Symphonic Band, with the artistic direction of maestro Andrés Acosta, presents a program performed by Curtain Up! by Alfred Reed, Concerto for tuba by Benjamin MacMillan, with a performance by tuba player Andrés Nicolasa, The big Apple by Johan de Meij. Tickets from 500 pesos available through the Autoentrada.com site or at the theater box office.

Rodrigo Déchia is the person behind Dekia. Influenced for years by a seamstress mother and an upholsterer father and making the sewing machine a common tool in the family. This is due to his vision, his neatness and details in the products he makes: wallets, backpacks and fanny packs.