Dalila spoke about her controversial show: "have a couple of drinks" 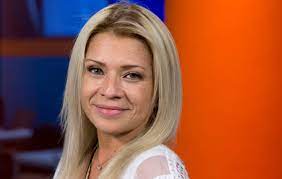 Dalila spoke about her controversial show: "have a couple of drinks"

At the beginning of April, different videos recorded by Dalila fans began to circulate on the networks during a show that the singer gave in a bowling alley in Moreno. In those videos, several fans claimed that the artist was not seen in good condition and that several security people grabbed her to prevent her from falling off the stage.

Faced with the versions that began to circulate that the artist suffered from a blood alcohol problem, Dalila decided to speak in LAM (America) about the topic. “That night they brought me a couple of champagnes to the dressing room, the truth is that I love to drink champagne. But the addiction thing has already caused me enormous grace. I don’t like my kids getting involved in my topics. That really pissed me off, honestly. It doesn’t even fit there, ”she said, quite annoyed..

“That night I had had a couple of drinks, yes it is true. That I had bent down to greet a girl, that the girl yanked me and the security officers took me out, is also true. Now, from there to the fact that the security guards were holding me to sing, it seems to me that they exaggerated it a little bit, “said the singer.

In addition, the cumbia singer referred to the accusations that she had alcohol problems. “The subject of alcohol is not a problem for me… I know perfectly well that I am not a person who consumes alcohol even every day. I don’t have an addiction to alcohol.”

Watch the video of the controversy:

The Dalila publication spoke about her controversial show: "have a couple of drinks" first appeared on Channel C