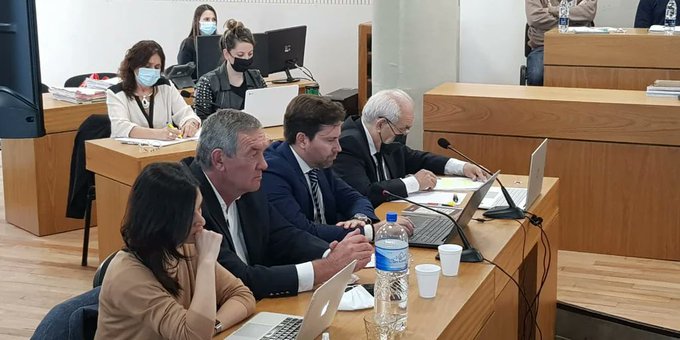 The former Secretary of Security of Córdoba Alberto Bertea will testify today at the twelfth hearing of the trial for the crime of Nora Dalmasso. The homicide was committed on November 26, 2006 in the city of Río Cuarto in Córdoba, and to date, the victim’s widower, Marcelo Macarrón, has been charged as the alleged instigator.

Bertea, entering the courts of Río Cuarto yesterday to testify as a witness, considered that Macarrón and the first lawyer who represented him in the case, Daniel Lacase, could have “diverted” the femicide investigation. He also added that in his opinion the widower “has some degree of responsibility” in what happened.

In addition, the neurologist Ivan Aznar, doctor of Delia ‘Nené’ Dalmasso, Nora’s mother, is summoned today to present details about the health problems she suffers from.

Macarrón, a trauma doctor, is charged as the alleged instigator of the crime of “homicide qualified by the link, by treachery and by price or remuneration promise in an ideal competition”, a legal qualification that contemplates the sentence of life imprisonment.

TODAY BERTEA AND RAFAEL MAGNASCO DECLARED: “THE INVESTIGATION WAS DIVERTED”

The former Provincial Security Secretary, Alberto Bertea, referred to Juan Dalmasso’s statement against Lacase: “They finally understood what the story was like.” pic.twitter.com/5AKZtbTZ7q